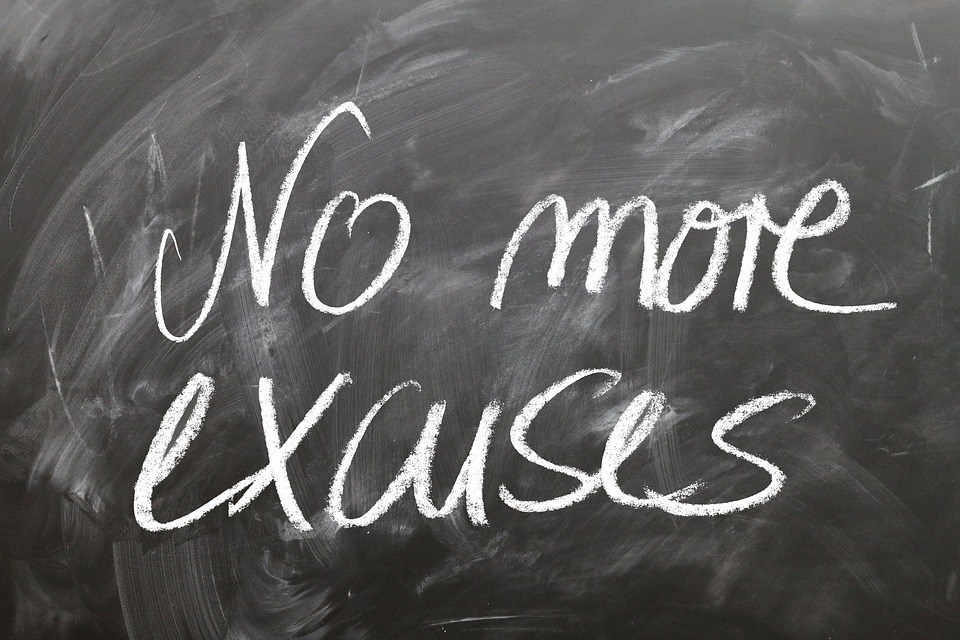 …That you can read later (get it)!

How often do you procrastinate? Go on be honest with yourself. When I really started to think about it, I realized I did it all the time. It seemed to come in waves particularly in the morning and the evenings when I tried to create a mental plan of how the current or next day would look. At points I was finding myself making excuses up for myself, about myself!

Procrastination isn’t just about turning in your monthly report at the last minute or telling yourself you will start a project next year. It may also be putting off important life decisions like do you quit and try the job of your dreams, have a baby or move to another country – it’s endless. And if you don’t start learning how to stop putting things off, you’ll have to deal with procrastination your whole life which is not only likely have a negative effect on your relationships, career, and personal health but also leave you with a looming sense of regret in the long run. In the words of Kurt Vonnegut “Of all the words of mice and men, the saddest are, “It might have been.”

The thought process behind procrastination is that we believe there’s always tomorrow, so why not just steer clear of the stress and anxiety and just put it off until later. I, personally, have read a lot of quotes and guidance given by the older generation and it is not often that you find a soul that recommends playing it safe and living a vanilla life.  So, this really is the first thing you need to tackle. It won’t be easy, and it takes some real mental training but try to figure out what the stress factor is behind your procrastination. It could be fear of failure, fear of confrontation, fear of not being perfect.

You are your own worst critic.

We are all guilty of judging our flaws and imperfections way too harshly. Yet studies show that when you forgive yourself for not getting things done as perfectly as you would’ve liked, it can actually help fend off procrastination.

Sometimes we tend to bite off more than we can chew, so ensure that your goals are achievable. This doesn’t mean turn down your dreams it simply means create bite sized chunks. For example, I want to write a book. Could start with this year I am going to create some sounding/ idea boards for my book. Then, this month I am going to tackle the first page of the book. Always remembering that it doesn’t have to be perfect and it can always be changed  Otherwise we go off the deep end because the result wasn’t anywhere what we had envisioned and procrastination triumphs again.

So heres four tips to follow to help you avoid procrastination once and for all!

We all have enough willpower to get about 3 or 4 tasks done each day. Habits use other parts of our brain rather than the prefrontal cortex which is associated with rational thinking. So, when you train yourself to do something out of habit, rather than look at it as a mundane task, you think about it less which means you’re using less willpower and you won’t fall into the procrastination rut.

Things like brushing your teeth or making your bed have all become daily habits which you automatically perform without even considering putting them off. Why not turn healthy eating, daily exercise, or turning in reports ahead of time into daily habits as well?

After that it becomes easier, but you still have to keep yourself motivated and inspired. Procrastination is all about taking that dreaded first step. So why not ease into it with the knowledge that after a certain amount of time, or once I’ve finished X, I can watch videos on YouTube or go get a cup of coffee. Make it pleasant for yourself because the reward is the part that the brain assimilates to gauge your enjoyment level. If you’re happy, then your brain slowly turns this task into a habit which you look forward to, instead of something you dread on a daily basis.

Working in 30-minute increments also helps break down tasks into smaller chunks which are manageable and not so intimidating. After the 30 minutes, take a break and assess your work. Seeing how much you’ve accomplished will give you that boost of confidence you need to keep at it.

Checking your email every 5 minutes isn’t doing you any good. So, once you’ve committed to doing the job, limit distractions by putting your away. You can find apps that help you stay on track, but some will say that’s completely missing the point.

The important thing is that you set up a certain time for checking emails or your social media, and once you’ve started your task, you avoid the urge to take a sneak peak.

Another serious distraction is multi-tasking. Even though it may seem that you’re being productive, the truth is it’s a complete waste of time and energy. Think about it, it takes your brain about 20 minutes to completely focus on one task and give it 100%, and then you bring in another task which means you decrease your focus level by half, bring in a third task and the focus drops even lower. So even though you’re working more, your end results will be below average.

4. Work during your peak hours.

We all have certain times during the day when we’re most alert. Some of us are morning people, some are night owls, and some have more energy during the afternoon hours. Find out what your peak hours are and tackle your most difficult tasks then. You’ll be more of a powerhouse then with your brain working at its maximum capacity.

Procrastination is different than being lazy because when you procrastinate, you delay doing something for a more pleasurable task. So why not turn that mundane task you’re dreading into something more fun and enjoyable, and kill off the urge to procrastinate?