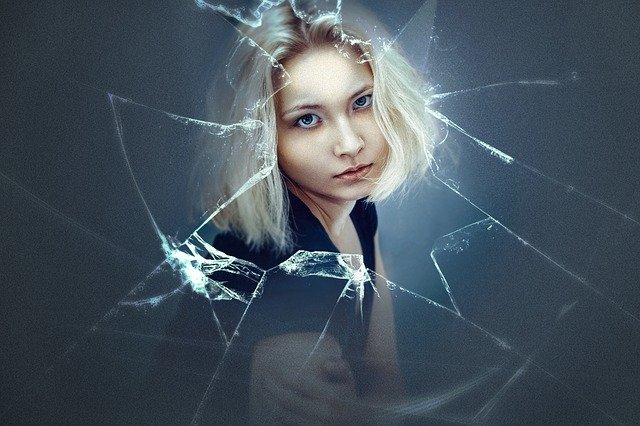 Whenever you hear the words ‘body shaming’, straight away people jump to the image of someone being trolled for being seen as ‘too fat’. Although I’m not ignorant of the fact that this happens, I want to shine a light on the other side of this shaming.

As well as body-shaming for being ‘too big’, being called ‘too thin’ is something I know about all too well.

Equally, having a lack of body confidence can come from a number of different places. If you see a slim person and think ‘Oh they’re so lucky they’re so slim they must be so confident’ think again.

I recently found out that only one percent of people are confident with their appearance. This depressing figure comes as a result of the edited social media fronts we see every day showing off ‘perfect’ celebrities, and kids are growing up thinking it’s real life.

From this filtered lifestyle it means that young people are reaching for makeup and boys are wanting to bulk out at a young age because of the pressure to look a certain way.

It was recently eating disorders awareness week (March 1-7), and I think it is only fitting that I talk about this topic because although I never lived with an eating disorder, people thought I did because of the way I looked.

The picture on the left is me, aged about 14. I had an incredibly high metabolism and because of that, it meant that no matter what I ate or how much I ate, I still looked stick thin.

This specific photo still haunts me today because it was this that triggered me to stay away from skirts and dresses for at least three years. I HATED how I looked, and suddenly I could see what everyone was talking about when they told me I looked unhealthily thin. What was really frustrating though was the fact that I was healthy – my parents knew it and I knew it, but it didn’t look like it.

This article isn’t to explain eating disorders because I have no right to do that. I never lived with one and therefore can’t share what it feels like to come out the other side. What I can share is how it made me feel and where I am now with my body confidence. I covered up, wore baggy clothes, and never wore anything other than jeans and trackies. I didn’t want to draw any attention to myself and wanted to avoid being called ‘Skinny Minnie’ – something I got a lot.

I grew up always being active and confident, performing on stage frequently. Although I always knew I was thin it never bothered me because I knew I ate well and was doing everything right with my exercise and diet.

People told me I needed to eat more, and ‘get a Maccies down me’ because of how I looked. One instance that really stands out was someone in an audience that had just watched me perform ask if I was anorexic. Although I’m not old, I do feel like eating disorders are spoken about much more now and from this, I’d hope that something like this wouldn’t happen anymore.

Looking back, there was nothing wrong with me, I did just have a really high metabolism, but that didn’t make it any easier to live with. I knew it was just a phase and that I would fill out eventually, but I’m an impatient person so chose to do something about it.

Surprisingly, I started going to the gym to bulk up muscle. People questioned why I was doing more exercise, telling me it wouldn’t work and that eating more would solve the problem, but ignoring them was the best thing I ever did. Of course, I started off in baggy tracksuit bottoms but eventually, I moved into leggings, and then shorts.

I remember so well a week I turned up to dance in tights and my teacher and the class commented on how well I was looking and how it was new for me to be out of trackies. They probably don’t even remember that, but that moment brought me so much confidence because the gym was working. I was putting on weight and starting to fill out.

What didn’t help was that I had a growth spurt, so for some time I was very lanky, but the gym fixed it all. It helped me mentally as well as physically because with that body change came a growth in confidence.

I’m now 23 and so much more confident – if anything, my legs are my favourite part of my body (14-year-old India would not believe that). And yes – I’ll happily wear a skirt or dress.

Don’t get me wrong, I have wobbly days – but who doesn’t?