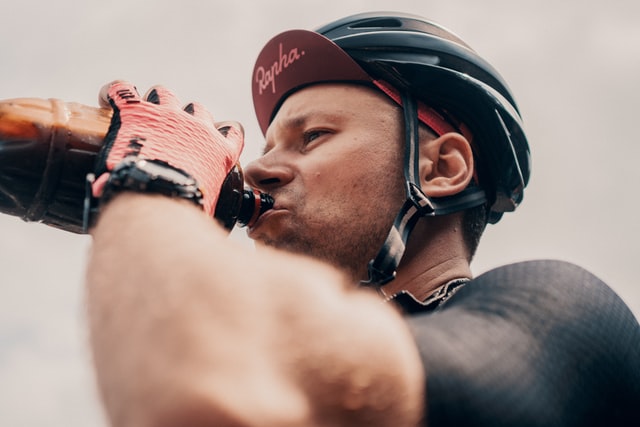 We all know how important it is to keep well hydrated. Over 60% of the human body is made of water and it doesn’t take much to dehydrate you.

We’re all aiming for the recommended two litres per day, but most of us never manage it. Dehydration can cause a host of problems including:

Water is also vital to help our bodies prevent infections, regulate our core body temperature, lubricate our joints and deliver nutrients around the body.

When we’re exercising, we need to drink even more than the recommended daily amount to replace fluids lost through sweating. If you’re doing light to moderate exercise, then water is ideal before, during, and after. However, if you’re engaging in strenuous exercise regularly, plain water might not cut it when it comes to helping your body hydrate and recover properly.

There are many options out there,  including CBD hydration powder online, sports drinks, and some surprising ideas too.

Often found in gym vending machines, isotonic drinks are designed to replace the lost fluids and electrolytes in the body. They’re often handy to carry around in a gym bag and brands such as Lucozade are stocked in most shops.

Enjoying an increase in popularity over the last few years, coconut water is filled with antioxidants and electrolytes that hydrate the body fast.

However, if you’re looking to quench your thirst quickly, coconut water may not be the best option as it can cause stomach upsets if taken in large quantities.

This drink isn’t on many people’s radar.  It’s difficult to find in this country and has a very tart taste.  Cherry juice though is great for reducing muscle pain brought on by exercise. This is due to its anti-inflammatory properties. It’s also been known to reduce the pain brought on by arthritis and other joint pain.

Due to the tartness of the drink, it may be best kept for recovery after a weights session rather than to replace a lot of lost fluid or use it in addition to another rehydration drink.

Why you go to buy it, look to make sure that it contains actual cherries, rather than just a flavouring.

Yes, you read that right, chocolate milkshake has been found to be one of the most efficient ways to rehydrate your body after a strenuous workout. Chocolate milk had twice the amount of carbs as drinking plain milk alone and drinking carbohydrates soon after a workout is great for replacing lost glycogen in the muscles.

There has been scientific research to back this up too. One study published in the International Journal of Exercise Science found that chocolate milk was very good for endurance athletes, cyclists and runners. One particular study showed that it helped the recovery and next performance of cyclists more effectively than a specialised sports drink.