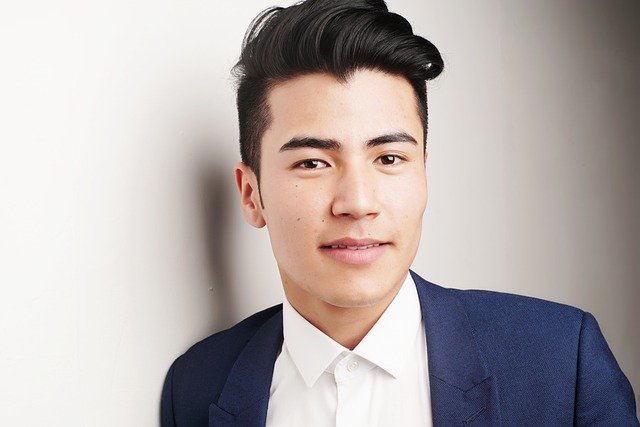 If you’ve ever been in the presence of someone truly self-confident, it’s almost as if self-assurance is oozing from their pores and they remain unshaken no matter the circumstances.

Apprehension and intimidation don’t seem to even register on the socially confident person’s radar. They just are. And others flock around them in awe of their calm, cool and collected composure while at the center of attention.

Being Self-Confident is a Process

And those who lack social confidence are typically standing back, away from the crowd, afraid they won’t fit in or be accepted should they attempt to be part of the “cool kids crowd”. It can be terrifying to a shy individual even contemplating interaction with those exuding social confidence with such ease.

There are so many hypothetical “what if’s” coupled with self-deprecating internal dialogue, it turns into just as much of a physical challenge as it is mental. It doesn’t have to be that way! Building social confidence is a process, but it’s possible and probably easier than you think! For example:

Be a Better Version of You

This is what it’s all about; living the best possible life. If you are dissatisfied with something in your life, take action. Don’t just sit there and do nothing. In accepting the way things are, things you know you can change, you are basically telling yourself you aren’t worth putting in the effort to change and be better. And you are worth it!

Knock off the incessant comparisons to others. There will always be someone you feel is better than you in one way or another. Mary might have a wardrobe to die for, and Steve might be the most handsome person you’ve ever met. So what! When you hold yourself to the standards of others, you will never be truly happy in your own skin. You have to love yourself before anyone else will. That’s a huge factor in becoming self-confident.

In fact, the performance or outer appearance of others shouldn’t even be used as a gauge. Keep striving to reach your goals until you are satisfied with the results. If you want a better wardrobe, work on it.

And don’t use money, or the lack thereof, as an excuse. There are entirely too many resources available now to purchase high-end items without breaking the bank.

Excuses are shackles with which we bound ourselves. Excuses are unrealized fears. Think about something you’ve recently made an excuse not to do, buy or even make a goal. For instance, if there’s a pair of shoes you’d love to have but made the excuse not to buy as the budget doesn’t allow it – did you shut the idea down immediately and “restrict” yourself from the shoes? You will never have the shoes because you didn’t even give them another thought.

Here’s the deal: If you really want something, you’ll make a way to make it happen. Find what’s going to make you happy from the inside out and do it. Don’t make excuses and set up limitations on your happiness. Happy people are self-confident people!

We filter our photos, conversations, actionsÖ basically everything. Pull back on the filtering a little bit and take a chance on being vulnerable. Let someone know what you are truly thinking or how you are really feeling.

Don’t turn the selfie you just took into a grayscale enhancement because you’re afraid the world will see a wrinkle or the bags under your eyes. Let people see the real you, underneath all the filters. The person they want to get to know and spend time with. The socially confident person is vulnerable. It sounds insanely opposite, but it’s the truth.

They are self-confident enough to know that they aren’t everyone’s type, and everyone isn’t going to instantly befriend them. They are strong enough to shine through the chaos and negativity and surround themselves with the true gems they did find that like them for who they are, blemishes and all.

A common practice for therapists treating people with phobias is called exposure therapy. They are urged to take baby steps and go a little further each time with their phobias until it feels okay. Until it feels safe.

Exposure is extremely hard for some of us because we waste too much time being concerned with what other’s think of us. The more you test the waters, the easier it gets, thus the more confident you become.

See! Those steps aren’t that hard. It takes some effort, follow-through and determination, but mostly it requires you to be confident in yourself, not in what you think is the perception of others. Building social confidence starts on the inside and works its way out.