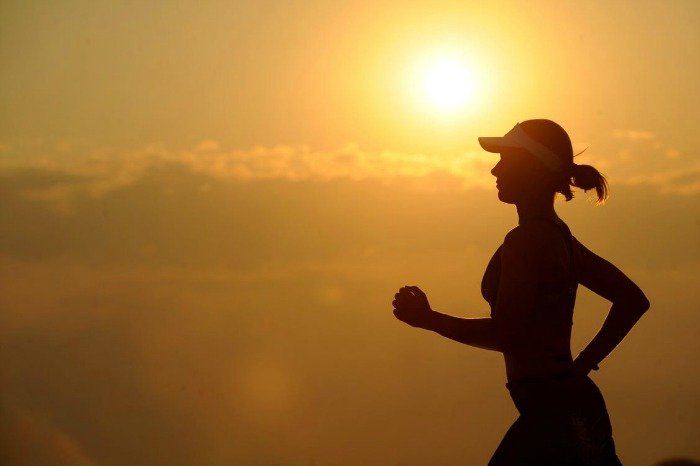 Exercise. I think there are plenty of reasons to wax lyrical about exercise and it’s not because I’m an avid exerciser. I take no formal exercise in the sense that I’m not a member of a gym, I don’t have a personal trainer and I don’t own exercise equipment unless you count the bicycle that I ride from time to time.

In that regard, I’m no different from countless thousands of other people, but I do see the sense in regular physical activity. It’s free, it’s completely natural, your body and mind want it, there are no side effects and it’s good for stress.

I should confess to once having joined a fitness center. As I signed the membership form the member of staff hoped I would manage to progress beyond the average stay of three months. At the time I remember wondering why most people dropped out so soon. Before three months had lapsed I’d dropped out too. I know why it didn’t work for me and I’m guessing some of these reasons (you might feel excuses) affect other people too.

First, and probably foremost, was the commitment factor. It seemed easy at first but maintaining enthusiasm became increasingly difficult. Secondly, there was the traveling. Stupidly I’d signed up for a place about five miles from where I live. It sounds nothing, but it meant I had to cross the city. Depending on the time of day the journey could add an hour each way. There was of course the ‘me’ factor. Sustaining motivation was, as I’ve mentioned, a problem. I had to find extra oomph after a long day at work. This frequently competed with the opportunity to relax with a glass of wine (guess which one I found most appealing). In no time at all my membership was as useful as one of those kitchen gadgets you buy and never use.

That Sense of Failure

Failing with my fitness membership did leave me with a sense of – well – failure. I felt guilty about wasting money but, like failing at sticking to a diet, there followed the ‘what the hell’ effect. Sit down, watch a DVD, eat cake. I later realized this was a silly way to think about it. Practicing a little of what I preach I turned the negative thinking around by focusing on the positive things I actually did with regard to physical exercise. I walk, I climb stairs rather than use the elevator, I ride a bicycle, I garden in the summer, I do DIY activities. I even have my father-in-law’s old golf clubs.

Yesterday I went with a friend to the local driving range where we attempted to smash balls into the distance. Most ended up in a pile just a few yards in front of us. But the point is, it was fun, it was in the fresh air and it was physical activity. Combined with a good diet, no smoking, modest drinking, and regular sleep I feel I do o.k., even though there’s still room for improvement.

Physical activity has become a big business. I think it works very well for some people but less so for others. I fall into the ‘for others’ category. In fairness, I think health and fitness gurus would endorse what I’m saying about the importance of fun with exercise and integrating it with your daily life. The facilities’ side of physical activity is there for people who want it and can afford it. But let’s not forget that physical activity is natural and beneficial for mood. It doesn’t belong to fitness clubs or elite athletes. Nobody has ownership over it and you really don’t need any equipment simply to exercise and move around.

In terms of its therapeutic effect exercise shouldn’t be underestimated. Hardly a week goes by without the latest research into its benefits. A publication in the Archives of Internal Medicine reported on 40 randomized clinical trials involving 3,000 patients with various medical conditions. On average, patients involved in regular physical activity reported a 20 percent reduction in anxiety symptoms compared with those who did not exercise. Need I say more?