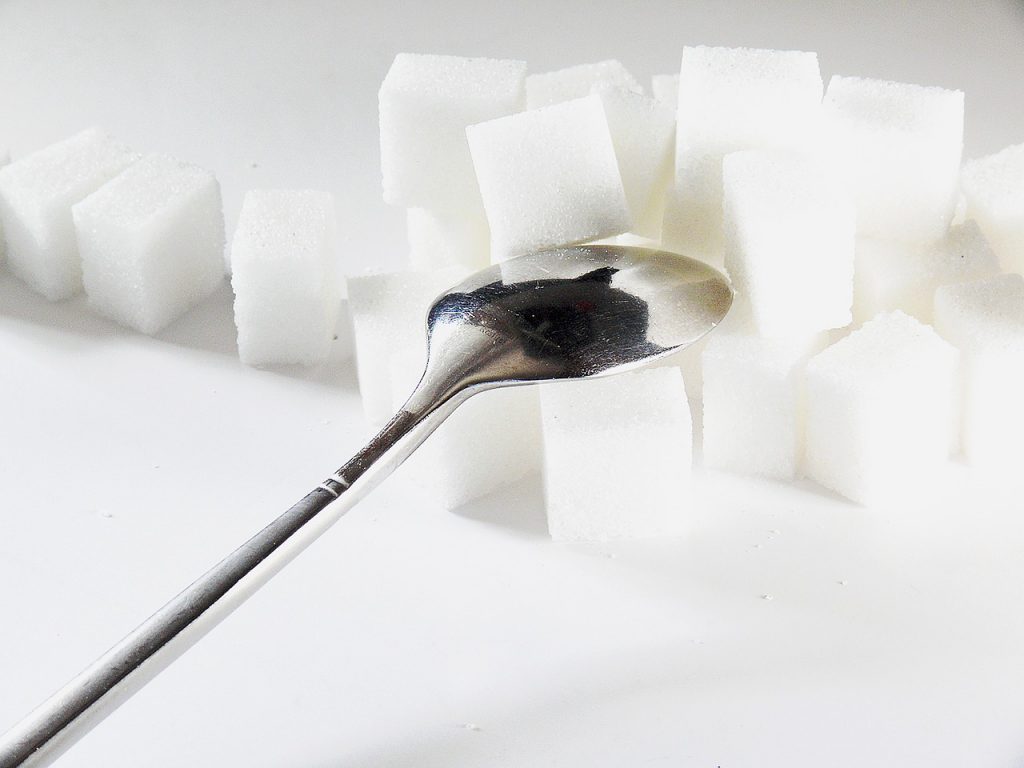 These days, the general advice is to drop sugar from your diet altogether. This is, of course, tricky because many of us have sweet tooth, thanks to diets that are rich in sugary tastiness. The more sugar we have eaten over the years, the more our body craves it now. It’s just the way of things.

The Huffington Post reports that in the US, the average person consumes more than 126 grams of sugar daily, which is almost twice the average sugar intake of all 54 countries observed by Euromonitor.

Additionally, 126 grams is two times more than the recommended daily intake, which the World Health Organization designates to be 50 grams daily for people of normal weight.

However, eliminating sugar from your diet could save you from myriad health problems in the future. Here are ten reasons why you should consider dropping the white stuff completely:

Sugar Is Linked To Depression

Sugar is on Prevention’s list of 5 foods that cause depression – and for good reason. Multiple studies have suggested that there is a link between a diet rich in sugar and depression.

It’s important to remember that the foods you eat don’t just release their nutrients, sugars, and calories into your belly and thighs; they also send them up to your brain.

Sugar Is Linked To Obesity

In 2014, the NHS responded to an alarming headline by UK newspaper The Daily Mail that claimed, “sugar is the new tobacco.”

The NHS found that the link between sugar and obesity is indeed very real, and is caused because sugar is loaded with empty calories (energy) that your body stores for later days. Only, the later days never come and eventually all that built-up energy is turned into fat.

More and more American’s are being diagnosed with high blood pressure, and Mayo Clinic suggest that a poor diet is one of the biggest risk factors.

The more sugar you eat, the more your bad cholesterol levels surge, which in turn boosts your blood sugar.

Sugar Is Increases Your Risk Of Heart Attack

It doesn’t matter how much you weigh, consuming more sugar just improves your chances of having a heart attack.

Figures in the past have shown that people who consume 25% more sugar than everyone else have a stronger chance of dying of a heart attack.

While sugar is not classed as a drug, its effects are similar to heroin. For this reason, sugar is just as addictive as illegal drugs. They hijack the same neural pathways as heroin and cocaine and leave people craving more and more.

In addition, just like drugs, sugar can easily be abused.

Sugar is largely composed of two simple types of sugars:

Fructose is very much the “evil twin” and heads immediately to your liver. Over time, too much sugar can cause a fatty liver, which, if left untreated, can lead to full-on liver disease.

Sugar Is Linked To Diabetes

No doubt, the biggest connection researchers have made is the one between sugar and diabetes.

Diabetes happens when your pancreas doesn’t create enough insulin, which is the hormone we rely on to turn sugar into fuel.

Moreover, in case you didn’t know it, diabetes not a nice disease and it can’t be cured, BUT it is totally preventable.

Sugar Could Cause Cancer

Although tests are still at their tentative stage, there is some research that suggests sugar could cause certain cancers.

Although sugar is certainly not the sole reason for oral issues, it can certainly cause some pretty nasty damage to your molars

This is because it leaves behind a trail of debris in your teeth, which, over time, can lead to plaque, which – if left untreated – can lead to cavities.

Because sugar is so addictive, it just makes you want to eat more and more. Cutting it out from your diet will harmonize your appetite and you’ll no longer feel like a bottomless pit of starvation.