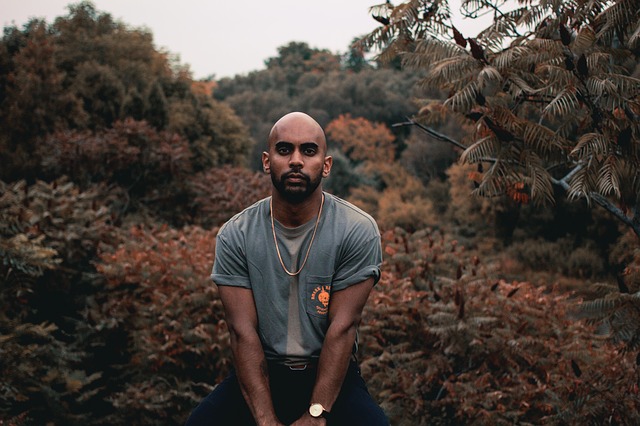 One of the most limiting things a person can experience in this life is self-doubt. It has the ability to keep you feeling locked away in a prison of your own insecurities.

It will suffocate your ability to explore and be free to engage with opportunities and adventures and it will hold you back from ever achieving the things that you really want.

We have probably all met people who give up on wanting anything due to having such a high level of self-doubt. Their insecurities escalate to such a point over the course of their life where they eventually give up even considering they have any level of freedom at all regarding their own choices.

This is a terrible place to find ourselves in and it causes a person to live a life that has been massively limited by the illusory constructs that have formed in their mind. Fortunately, though, with a little work and the right amount of determination, there is something that we can do to conquer this.

Doubt itself, by its very nature, is negative. It is something that denounces and turns down any thoughts of positive or action-inspiring suggestion. If left unchecked, doubt becomes a mindset that keeps a person completely closed off from the world of positive inspiration and it keeps a person confined to a self-centered and destructive ego.

In order to dominate doubt, we must first desire to do so. If we do not have the desire to at least investigate the ability to overcome doubt, then there is truly no hope for us.

A person who is happy to live in a world of doubt is like cancer that will infect and overcome anyone who has even a shred of positivity to express, like a black hole, they consume all light, and there is no hope of it ever being re-produced in return.

Someone who has decided to overcome doubt though is like a black hole that has decided to try to stop sucking in everything and instead has chosen to learn how to produce and create a little light.

Without having made the choice to do this, without having personally decided that they want to become more positive, more inspiring, and more encouraging, a person has no hope of ever conquering their own self-doubt.

The Argument Of Doubt

The main argument that people offer to encourage their own self-doubt is that they have either never been able to, or never witnessed something happen. For example, if you try to encourage a person to become a confident public speaker and they harbor massive amounts of internal self-doubt, they will argue that they have never been able to speak confidently in public before and so they just think that from their own point of view, it cannot be done.

Another person who doubts the ability of someone to come up with some kind of new and enlightening invention doubts it because he has never seen it done before and therefore thinks it simply cannot be done. In all cases of self-doubt, a person is living with a mindset that has experienced great limitation somewhere in the past.

Therefore, when we know this, we can implement strategies to conquer and eventually destroy these specific doubts. How do we do this?

No not the kind of creationism that claims the world was created in 6 days and that all life on earth is somewhere in the region of 6,000 years old, do not even get me started on that! What I am talking about is a form of creationism that is completely and intimately personal. It is inspirational, encouraging, motivating, it is creating and producing and freeing. It is everything that self-doubt is not.

This works for all kinds of self-doubt and insecurity because it has the effect of contradicting and opposing every form that self-doubt or insecurity takes. We intimately prove the self-doubting limitation wrong, and eventually, the mind learns a newer and more positive way of thinking about things, because it has witnessed firsthand the undoing of every single one of its limiting, doubting thoughts.

In order to do this, we must either show or create a case for the opposite. We need proof. Show yourself the opposite of your own self-doubt. Investigate and encourage yourself to try your very best to achieve or to witness or experience the very thing that your mind doubts.

Commit yourself to the challenge of proving every single one of your doubts wrong, and if you can do this, you will slowly re-program your mind to be able to achieve anything that you could possibly want to achieve.

Conquer the limitations of your doubts and you become a purely positive, inspirational, creative force of life on this planet earth.

Sit with your doubting mind, however, and you will begin to fester in a world of negativity, opposition, and argument for all things limiting. I know which path I would rather choose.

Now the choice is up to you.