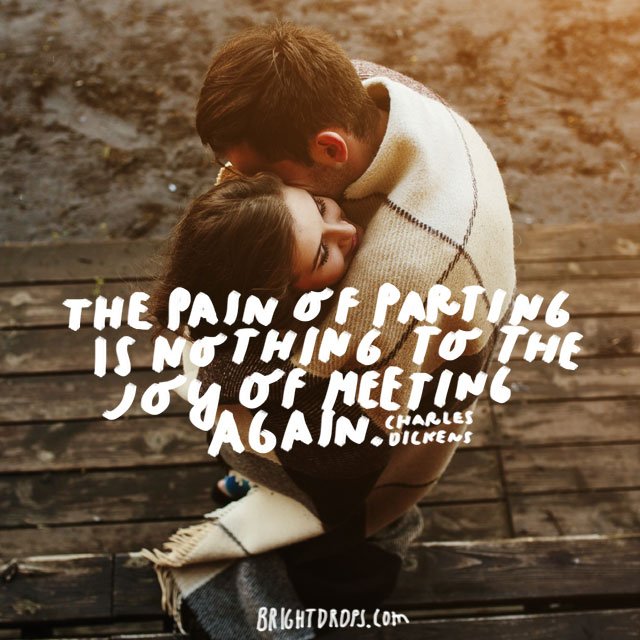 Okay, long-distance relationships can be tough but they don’t have to be impossible. You meet, you fall in love, and you live happily ever after. This is the fairytale Hollywood wants you to believe so it can sell movies. And, to their credit, it has worked for more than half a century.

People find the idea of love intoxicating and can’t wait to discover the One. However, you know from personal experience that it isn’t as easy as the Academy likes to portray.

The reason you know this is because you found the one and he duly ran away. There is no need to consult an executive producer to know that this wasn’t part of the script. But, because you’re both committed and passionate people, you decided to give long distance a try. Plus, the idea of making it work where others have failed miserably is a mix of romantic and exciting.

Like the couples that have been before, you’re finding it difficult to keep the spark alive. When he’s around you, there is no one else in the world, yet even those precious moments can’t prevent you from thinking about dumping him. Geography is now your least favourite subject. To keep the spark burning, here are five tips to hold onto the love of your life:

Lots of couples think that they have to overcompensate for not being together, together by using Skype 24/7. In fact, constantly speaking via video-calling apps isn’t a wise move as it adds extra strain to the relationship. Here is our very own relationships quiz which proves the point.

Remember that you have a life outside of the relationship and don’t want to resent him from taking up your time.

Men and women who do long-distance successfully are the ones that understand the dynamic. Sure, they communicate on a daily basis but they do it via text message or WhatsApp.

It’s always nice to see their face, especially when you’re homesick, but it’s better to stick to SMS for now as long calls are time-consuming.

Leave the lovey-dovey stuff to the weekend when you have more free time and aren’t as busy.

The rules of a typical relationship are implied. There should be no cheating, you should compromise where possible, and both parties need to communicate. A long-distance relationship is different because it’s uncharted territory.

That’s not to say you don’t want all of the above, but that you need to set the rules from the beginning.

Exclusivity is pretty obvious depending on the type of relationship. However, other things are less apparent. Take speaking openly as an example. You or your partner may start to have feelings for another person but you neglect to tell them because it’s awkward.

The problem is that everything intensifies as you keep it buttoned up inside and it may cause you to cheat or do something out of the ordinary.

If there is a rule which says you can be as honest which each other as you like, then it encourages couples to vent. Usually, this is all it takes to for a person to realise their partner is perfect and they don’t need anyone else.

There is nothing like seeing the man of your dreams after a long gap. It’s as if you’re teenagers again and can’t keep your hands off one another.

In fact, it will make you wonder why you live so far apart in the first place. Imagine the feeling when said person turns up on your doorstep unannounced.

It isn’t an exaggeration to say the happiness level will crank all the way up to ten and beyond.

Surprises work on many levels. Firstly, they release the tension by allowing you to be with your partner, which is a cornerstone of a relationship. And secondly, they prove your love. No one on the planet would fly thousands of miles to be with them on a whim, and that is special.

Booking airline tickets and turning up to their accommodation isn’t the only way to be spontaneous. Although it’s not for everyone, phone sex is a means to an end and provides intimacy.

Speaking of packages, you can also arrange for special delivery and give them a gift to show you are thinking of them always.

At the time, it didn’t make sense to drop everything and follow them halfway across the world. As romantic as it sounds, there is too much to consider.

What about your family, your career, or about the life you’ve built?

It’s human nature not to want to throw it away, even for the one.

However, geography puts the relationship into perspective. Now, you may want to join them in Australia and build a new life together. If this is what you want, it’s time to pack your bags and visit http://www.fisaimmigration.com.au/ for help. The company specialises in securing visas for partners.

The last thing you want to do in ten years’ time is rue the day you didn’t give the relationship a fighting chance.

If you’re lucky, they may feel the same way and consider moving back. Make sure it’s one-hundred percent what you want before saying yes.

A long-distance relationship should never be a long-term thing. Yes, the connection should stand the test of time yet you don’t want to be using Skype forever.

At some point, it will start to drag and the pressure will be too much. Before you know it, all of the hard work will be for nothing.

The final target should be to be together again somewhere down the line. It may be six months or it may be two years, but it should be set in stone. The reason is simple: it gives you a target.

When things are going poorly and you’re thinking about giving in, you can say “only X more months before we’re together forever.”

Are you in a long-distance relationship? How do you make it last?

Be more daring, there’s nothing to lose
Self-confidence success: give your self-esteem a boost