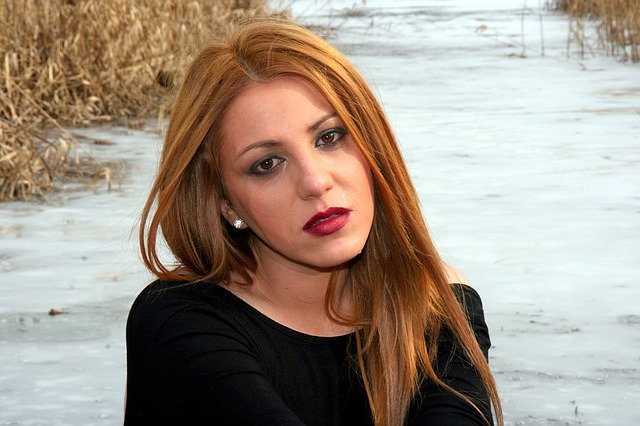 We are the sum total of the five people we spend the most time with. In other words, we are influenced by the personal qualities and attitudes of those who are closest to us. In some sense, we reflect their personalities.

What about free will?

Yes, we are all individuals with the free will to make choices and take actions that we feel are best, right? In general, this is correct. However, it is also a fact that human beings are, by nature, social consensus builders.

What this means is that we naturally form groups, and within those groups we strive to reduce tension and dissent. In order to accomplish this, we have a natural instinct to move towards acceptance. We want to be liked, so we tend to make choices based on whether those choices will be approved by the group we belong to.

As a result, we can make a decision that feels individualized, as if we were exercising free will. However, in reality, that decision was, to some extent, collectivized, as if it were made to conform to behaviors that are acceptable to the group we identify with.

This phenomenon has been termed “group think” and, depending on the group involved, it can be a real problem.

Think of a situation that involves mob mentality. Let’s say a crowd of people who are fans of the same sports team. All of these people, for one reason or another, identify themselves as supporters of that team.

This means that they find common ground with other supporters of that team. On a personal level, it is likely that the people closest to them are also team supporters.

Now, let’s say that a group of friends, all fans, attend a game where this team is playing. It is a critical game for the team in terms of standing and team rank, perhaps a championship is at stake.

During the game, a referee makes a call that causes the team to lose the game. In the stands, there is anger and disbelief. The group of friends shares these emotions. Objects are thrown on the field in protest. The people who throw these objects are arrested by security. This only makes the crowd angrier.

Now, realize the crowd itself is a group comprised of thousands of smaller personal groups. Each smaller group is made up of people individually invested in the team. This means that, at some level, all the members of all the groups view the referee’s call as a personal attack.

Furthermore, as they look around, they see and identify with the indignation and affront that they see occurring in other groups. This bonds those groups to them. A synergistic ripple of consensus runs through the crowd.

Every individual sees their emotions reflected back at them a thousand fold. If they were highly offended by the referee’s call, they have justification for what they feel.

Alternatively, if they were only slightly offended or even agreed with the referee’s call, they will be disinclined to express their opinion because it conflicts with the opinion of their personal group, as well as the opinions of all the other groups around them.

As the crowd leaves the stadium, our group sees other fans committing acts of vandalism to private property. These fans are surrounded by other groups who yell encouragement. Some people join in the vandalism themselves.

Others, who normally wouldn’t support this kind of behavior, laugh and cheer mainly because laughing and cheering violence has been made acceptable by the actions of the groups. In other words, normally antisocial behavior has been made social because of the behavior of the group.

Even those who feel strongly repelled by the violence will do nothing to stop it. They will either pretend to go along with the crowd, feebly protest against what’s going on (which will instantly make them suspect to their group and to the group at large) or they will leave the scene.

Group think of this type is responsible for every war, every act of genocide and every lynching that has ever occurred. It is a real part of human behavior and to ignore it or pretend that it doesn’t exist is a grave mistake.

Instead of ignoring the reality of group think, we must acknowledge its existence and take the necessary effects to ameliorate its effects.

One of the ways to do this is to avoid letting toxic personality types into your inner circle of friends. So let’s look at the types of people worth avoiding.

The bragger is someone who is always boasting about their achievements, and is, to say the least, annoying. However, this behavior is simply a mask to cover up a lack of self-worth.

Someone who is always showing off does so because they feel the need to overcompensate for a perceived character flaw.

They try to cover up this flaw by diminishing everyone around them. You don’t need to be diminished and you don’t need this type of person around you.

Just to be clear at the outset, what we’re talking about here is not a lack of intelligence that is out of someone’s control. What we are talking about is intentional ignorance. Listen, we all make mistakes. However, there are some people who seem to make the same mistakes over and over.

This is a conscious and self-destructive choice on their part. If they want to hurt themselves, that’s fine. You don’t deserve the collateral damage.

We’ve all been a little short of cash at one time or another.  When this has happened, we’ve all probably relied upon the generosity of family or friends to keep us going until our finances improved.

We’ve all also probably returned the favor when we were flush and a friend was experiencing money problems of their own. There’s no problem with this behavior unless it becomes chronic.

If you’re acting as an unofficial bank for someone in your circle, then you have a problem. They’re imposing on your good nature and you need to stop the bloodsucking by kicking this monetary parasite to the curb.

Hey, we all love to kick back and chill at one time or another. Sometimes, it just feels great to hang out, play games, watch Netflix and let the unproductive good times roll. However, life is all about moderation.

In order to justify unproductivity, you have to spend time being productive. If you don’t, chilling out just turns into laziness. So, if there is someone in your circle who never seems to want to do anything but put in couch time with a pizza, you need to consider the ramifications of that relationship.

If you don’t, you may find yourself becoming used to a life of lethargy and you’ll cheat yourself out of real life as a result.

Everybody has comfort zones, and that’s a good thing. The comfort zones that we establish tend to keep us alive and in one piece. They are evolution’s way of helping us not to become an example of Darwinism in action.

However, there are times when we can get a little too comfortable in our comfort zones. Instead of protecting us, they restrict us and prevent us from experiencing things that can cause us to grow.

If you have someone in your group is consistently afraid of trying new things, not because they are dangerous or foolhardy but because they are different, you may have a problem. That person’s unfounded fears are essentially acting as an anchor on your ability to experience life.

If this is the case, you need to ask yourself if being held down by an anchor is in your best interests.

We all know “Winnie the Pooh’s” friend Eeyore. Eeyore is always depressed. He consistently sees every glass as half full.

Eeyore continually predicts negative outcomes will result from positive actions. He is the pin in the balloon; a cloud over the sun. He is the ultimate drag on everyone else’s good time. We all know someone who, to one extent or another, resembles Eeyore.

Everyone can go negative once in a while. It happens. This isn’t a problem unless it becomes a habit. When you allow negativity to color everything that you do, you’re not only ruining your experience, you’re ruining the experience of everyone you come in contact with.

People who are like Eeyore probably don’t even realize that what they do is, essentially, destructive. Their behavior is so ingrained that they are unaware that they leave a trail of little miseries in their wake everywhere they go.

If you have an Eeyore in your circle, you have to consider the cost of that friendship. Your positivity is too important to personal success to allow it to become a continual victim to someone else’s habitual negativity.

You’ll find more about this and related topics in our Success Fundamentals course: