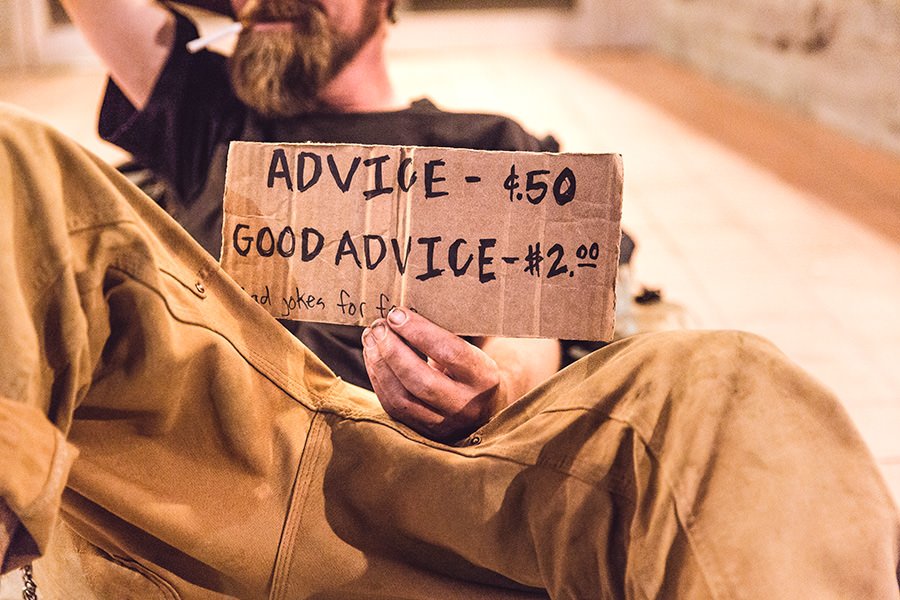 Work advice, plenty of people offer it but how much is valuable? Actually this post, in part, is about management-speak. Have you ever been exposed to it? It’s the sort of terminology where you wonder if you’ve been in a coma and the language has left you behind?

Are you, for example:

a stakeholder in leveraging competencies from the hub?

Maybe others have been:

parachuted in to help you loop back on an issue in order to apply some 360-degree thinking?

Unfortunately, I recall only too well having to put my pressing work activities to one side and attend one, two, three-day or even longer courses by ‘consultants’ in sharp suits who’d excitedly mix their metaphors and encourage me to use blue-sky thinking and think outside the box. This, I understood was meant to be about quality, specifically so others and myself could “get it right, first time, every time”.

Sometimes it Works, Other times . .

Yes, my cynicism glows like a beacon at such memories. I found these events truly mind-numbing. They were uninspiring and sometimes immature and embarrassing both in their assumptions and the activities we were required to undertake (I’m not even going there) and, directly and indirectly, they were stressful.

All I could think of was how my work was piling up and how much of a chasm there was between my world and the living toothache I was being subjected to. It’s a shame because in and amongst all the dross there was the occasional pearl. One such example was the session we had on time-management. The first time around it failed to connect. I remember the speaker saying something about putting colored stickers on pieces of paper every time we picked one up. If by the end of the week there were several stickers on it, it would reveal a level of procrastination that was not good. Then there was a discussion about whether stickers or felt-tip pens were best, but I’d already stepped into my imaginary brain elevator and was listening to the girl from ipanema whilst being transferred to a different floor. So much for work advice!

Then I came across the same topic again at a different venue. My heart sank but I needn’t have worried. The leader was skilled, informative, helpful and effective, and she didn’t use any management speak. I could understand her. I could also relate to what she was saying about my priorities, what it was I was trying to achieve, and my goals in this regard.

It actually takes an act of faith to change established working practices, even if they are erratic and stressful. This is partly because you feel a lack of time and need to do so. If however, you feel the stress of work it’s an investment that will work for you and pay dividends (was that management speak)?

Although I kept a diary I came to realise how limited it was. In my mind, the diary provided a certain structure but actually it was an outward representation of chaos – crammed in places, empty in others. As was pointed out to me, there were times I hadn’t built in breaks and therefore my effectiveness would be compromised. Everything appeared equal and needed organizing into ways that alerted me to their importance.

At work I became more aware of distracting habits. For example, the phone took on a priority over everything else. When it rang, no matter what I was doing, I’d answer it. In so doing I was almost invariably opening myself up to more work or taking myself away from the task at hand. Once I gave myself permission to transfer the phone to take messages, this one act had measurable benefits.

It’s just one example from my life but to get all your ducks in a row you’ll have to assess it for yourself and then let us know what’s changed. Okay, as work advice goes it isn’t much, but it’s a start.