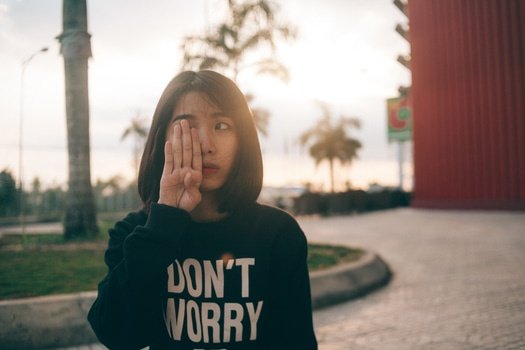 Could I faint during a panic attack?

Fainting occurs when there is a sudden drop in blood pressure. Anxiety and panic has the opposite effect; it increases blood pressure. So no, you can’t faint as a result of a panic attack.

Why does my stomach churn about?

Some people experience cramping sensations but for others it’s more like butterflies. When relaxed we are in a state of rest-and-digest but when highly aroused (fight-or-flight) certain bodily functions like digestion are put on hold and blood is sent elsewhere in the body. Your cramp or fluttery sensations come about as a result of this.

Why do my fingers tingle?

It’s another physical response to fight-or-flight.

What causes my breathing difficulties?

Anxiety sufferers almost all breathe in a rapid shallow fashion. The intercostal muscles between the ribs begin to tense and the expansion of the chest can become affected making breathing more of a labor. The trick is to take a long slow lung-filling breath, hold it for say five seconds, then exhale slowly then as you finish, to push out more air than you feel you’ve drawn in.

What if I stop breathing?

The difficulties you experience come about as a result of shallow rapid breathing and although it may appear that your environment is airless and you may possibly collapse and die this can’t happen. Breathing is largely outside of our control. We have some influence over our breathing but it is an automatic process.

I sometimes stumble and feel I will collapse

This is very common. The stumbling is almost certainly due to reaching out for something or someone to support you, and for you to feel safer as a result. There is no physical reason why a panic attack should cause you to lose consciousness or collapse.

My eyesight is sometimes affected.

If you associate movement, flickering or shimmering as a result of panic then it is almost certainly related to anxiety. Very often people will visually fix on an object as a way of trying to stay in control. This, along with disrupted breathing and muscular tension can lead to visual disturbances, which pass once you relax.