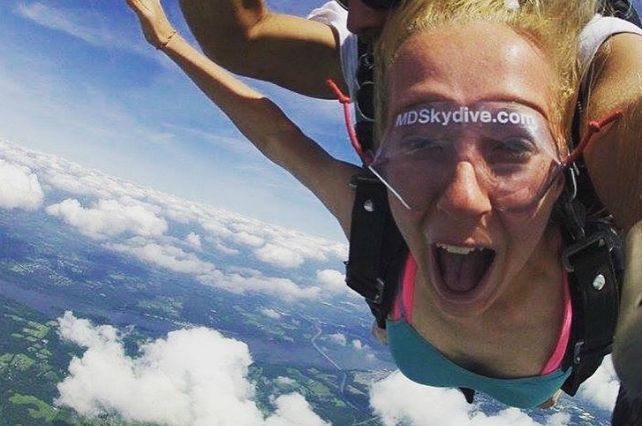 After spending the summer at a camp in America and meeting loads of new people, the next thing that follows for most English young people is the ‘after camp travelling’.

Most people stay in America and just visit a few States before heading back to reality, in my case, the second year of university (which hit me like a tonne of bricks).

About halfway through camp is when plans start to be made; where you want to go and from there you work out who you are going to travel with. I was 19 at the time, and couldn’t do a lot of what I wanted to do on the West Coast so I decided to stick to the East Coast.

My specific camp was only a couple of hours from New York City anyway so made sense! Next, the route was planned and flights were booked, giving us 10 days to travel around New York, Washington DC, and Boston. Camp had been and gone in what seemed like a blink of an eye and before we knew it we were on the bus to the big apple!

Leaving the bubble that was camp life took a while to get used to. Our camp gave us 5 days off altogether and although this sounds like the verge of slavery it was alongside 4-5 nights off a week so we managed.

Watching I’m a Celebrity at the moment reminds me of how it felt, suddenly being in the real world to choose what you wear, what you eat, and when you do things were something we had lived without for 8 weeks and although there were no ‘bush-tucker trials’, I was ready to get that element of freedom back.

The cities were incredible, with DC being my favourite, but the best moment of summer, and potentially of my life so far was the skydive I did in Baltimore. I have always had this on my bucket list, and it made sense to do it when I realised I was saving money from only travelling 10 days as opposed to a couple of weeks which had been the original thought.

Whilst in DC, I left my group behind and headed off on the train to nearby Baltimore. What was really nice was being alone for a good proportion of the day, because one thing that tests you at camp the most is the lack of alone- time you get. A train ride and an Uber later and I was sitting in an airfield signing my life away.

I get asked constantly whether I was scared, and I can honestly say that I was around 90% excited and 10% scared. Getting there to be told you have to wait for another 2 hours whilst people get to do their jump means that rather than dreading what’s to come, your adrenaline builds rapidly. When my name was called I got the gear on and rather than my instructor telling me what to do, I got nothing. I asked for instructions and got the reply of “Oh, I’ll tell you when we’re up there don’t stress”, with “up there” meaning over 10,000 feet!

The plane took off with 6 sets of people ready to jump, and who had put herself as first to jump…yep that was me. Getting up there didn’t take long, and until you start hovering in mid-air and the door just disappears off one side of the plane, everything seems pretty normal. What followed was 50 seconds of free-fall followed by 7 minutes of gliding through the sky.

The feeling of free-falling was the most alive I’ve ever felt (only clichés I swear). Why I forgot the role of a parachute in a skydive is beyond me seeing as it’s the only chance you have at surviving, but nevertheless it went off successfully and we flew through the sky in loop-the-loops for the remaining time.

Facetiming my family to tell them what had just happened was priceless as I thought I’d best wait to tell them I was going to jump out of a plane 2 miles high! The whole experience finished off an epic summer and one I will never forget!

*Extra notes on my travel musts: Uber app (got me out of all sorts of sticky situations), Airbnb app, and a portable charger (because it never lasts let’s be honest!)