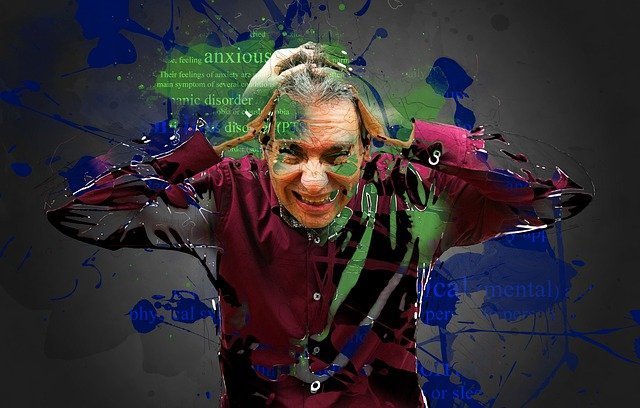 The people who worry a good deal tend to be the cautious types. They weigh up the potential risks of situations, take fewer chances, and look for well-rounded solutions.

Even so, enough people get to the point when they start to think, ‘my worries are out of control’. So, what’s going on and what can be done?

Worries have a habit of clustering around a few things. These typically relate to finances, health, relationships and work. This tells us there are both benefits and limitations to worry.

On the plus side, there is always the possibility that our concerns keep us safe and healthy. For example, a key motivation to quit smoking relates to cancer, respiratory problems and heart conditions. The same might be said for eating a balanced diet, visiting the dentist, voluntary screening, breast self-examination and so on.

But there’s a balance to be struck. Excessive worry becomes debilitating. It can trigger the stress response and heighten beliefs that you are losing control. People who worry excessively tend to adopt a ‘what if’ style of thinking. As the worry progresses it becomes more negative in nature. Here’s an example:

Harry is a teacher. He is usually one of the first to arrive at work and one of the last to leave, but this morning his train was late. When it did arrive it was packed. Harry squeezed in and found himself next to someone with a streaming cold. A string of worrying thoughts began to unfold. ‘What if I’m disciplined for being late?’ ‘What if I catch this cold? I’ll have to take time off work and I’ll lose that chance for promotion.’

Because Harry is a worrier his imagination becomes more catastrophic. Given enough time he will become convinced that not only will he be disciplined, become ill and lose all promotion prospects, he’ll probably lose his job as well.

What can we learn from Harry’s situation? As with all chronic worrying two things stand out. The first is that it’s unimportant and the second is it’s unlikely. Even if Harry catches a cold, how significant is that? What is the likelihood of being disciplined or sacked for circumstances totally out of his control?

It is possible to learn ways that neutralise negative thinking for worries that seem out of control. It’s not really easy without a person to guide and support you, but if you’re motivated to change then half the battle is already won. You start the process by asking yourself some questions, like:

If you struggle to answer questions like this, the chances are you have given your worries a significance and value they simply don’t deserve. Of course, some of your concerns will be more practical and realistic, but the trick here is to learn how to problem solve and then let the worries go. Here are some techniques to try:

We all dislike uncertainty

One of the main reasons you worry is because you really dislike uncertainty. Most of us would prefer higher levels of certainty in life, and the thing about worrying is that it actually helps to reduce uncertainty. The cost of this is that worrying fuels the imagination!

You work out different scenarios and different outcomes in your mind and this gives a false sense of predictability and control. Given long enough you’re bound to be able to say, “there you are, I told you so.” But you mustn’t confuse worry with the powers of prediction. Worry will never change the outcome of something and neither will it make it more certain.

Fears, worries and stress, eBook series
Is cognitive therapy for me
Overthinking rarely leads to anything positive