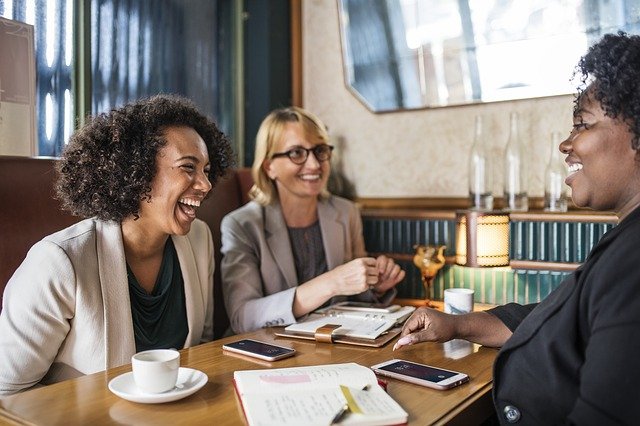 Is mindfulness a bad idea? Well, I was involved in one of those coffee shop moments when you can’t help but eavesdrop into a nearby conversation. It began as a general moan about the state of a particular school, until up popped the observation that mindfulness was now being taught.

Is Mindfulness the Answer?

I tuned in. There was some general banter about the topic, to which I found myself agreeing. Yes, it has become something of a buzzword. Yes, I’d heard it had become an employee package in some places. And yes, for some people it’s seen as a money making opportunity. “It’s like its becoming the answer to everything,” says one of the mums.

The conversation came to an abrupt close with the arrival of scones. Just how many interesting eavesdrops have been interrupted this way? That’s beside the point. The real point is that, at first, I found myself being a little dismissive.

This has become my default position, based on the belief that it’s hardly the fault of mindfulness that, in some quarters, its been hijacked, misunderstood, or manipulated. But it did get me thinking.

Does Mindfulness Make us Ill?

Issac Newton’s third law states that, for every action there is an equal and opposite reaction. Funny how that principle applies to so many things. Mindfulness is an ancient concept, but almost as soon as it gained traction, in modern consciousness at least, the backlash began.

Of course, perfectly reasonable questions were, and are, still being asked. If mindfulness does what is claimed, how does it work? What does it do to the brain? Is it ever a bad idea?

Alongside such questions comes a shift in focus. ‘Is mindfulness making us ill?‘ asked Dawn Foster in The Guardian. In many ways her article typifies what I view as an increasing problem.

Ms Foster had attended what she describes as a corporate “mindfulness initiative”. During the meditation exercise she reported “a rising panic and worry that I might pass out,” which even a year later, still affected her.

I have wonder whether mindfulness was the issue, or whether it was something else, perhaps along the lines of relinquishing control? Anyway, her inquisitive mind then leads her to question whether others have felt the same. She cites a range of sources all of whom point to levels of discomfort as a direct result of mindfulness.

In an extensive article, Ms Foster taps into the cost-cutting appeal of mindfulness to some employers. She also identifies an issue that underpins so many ‘alternative’ approaches to therapy, which is the lack of accreditation in so many of its practitioners. All pertinent issues.

So, should we put mindfulness back on the shelf? Is it simply a fad that we’re learning to see through? Does it have a dark underbelly that requires it to be treated with great caution?

Well, we live in a scientific age where evidence, typically in the form of randomised controlled trials, provides proof of trust and value. So let’s take a look at some; although the first thing to point out is they are few and far between.

There remains a paucity of evidence about what causes negative reactions in those who experience them. So, the jury is still out in this regard.

But there is evidence of benefits. Published in the Journal of Clinical Psychiatry, Elizabeth Hodge and colleagues reported, “beneficial effects on anxiety effects in GAD” [Generalised Anxiety Disorder] and improved stress reactivity, albeit within the constraints of laboratory test conditions.

Li-Qun Wang and colleagues, reporting in Neuropsychiatric Disease and Treatment found “greater reductions in [their] psychotic symptoms and length/duration of rehospitalizations at 6-month follow up,” in people with schizophrenia.

If there is a problem, does it lay with mindfulness per se, or is it with the rush to embrace it as ‘the answer’? Scientific American posted a useful article entitled, where’s the proof that mindfulness meditation works?

I can attempt a summary by pointing out that scientific data as to its effects and effectiveness is lacking. In some clinical trials its effects have been written off as “unimpressive”, yet in other cases “some good evidence does support mindfulness.”

So, it’s partly about perspective, and even that works two ways. Ask anyone what mindfulness means to them and the answer will range from a shrug to an insight. Even the insightful have different views.

For some, mindfulness is simply another term for awareness, but for others both the significance and the potential runs far deeper. In terms of evidence, it seems to me that we need to stay open-minded. Too many people are running ahead of the science in terms of claims, for or against mindfulness.

Science takes time, but as mindfulness reminds us, there are no set rules as far as that is concerned.

This smacks of misunderstanding and quick-fixes. Such places would probably benefit more from looking at why they feel mindfulness is needed and instead reduce some of the pressure points causing stress.

But by seeking an answer we’re maybe looking in the wrong place. In what has become a multi billion-dollar industry, the real issue is now the question.

In my mind that question is simple; what can we reasonably expect of mindfulness, both in terms of its benefits and its limitations? In the meantime we mustn’t demonise something that we don’t fully understand.

There are plenty of reasons to try mindfulness and lots of benefits to be derived - in my view at least. Various places, such as the Free Mindfulness Project, offer free resources to download and try.