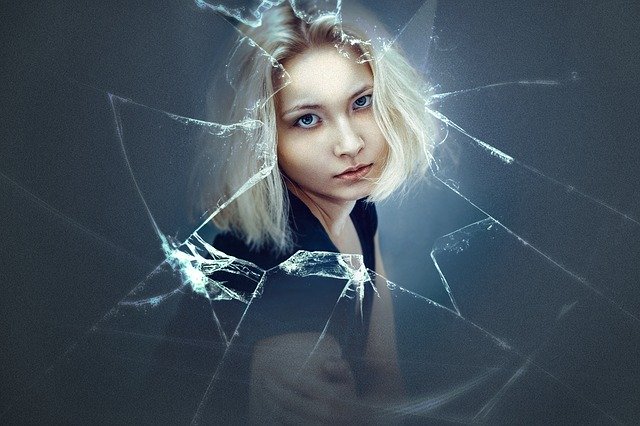 Whenever you hear the words ‘body shame’, straight away people jump to the image of someone being trolled for being seen as ‘too fat’. Although I’m not ignorant of the fact that this happens, I want to shine a light on the other side to shaming.

As well as body-shaming for being ‘too big’, being called ‘too thin’ is something I know about all too well.

What triggered this article was the shocking figure found that only 1% of people are confident with their appearance. This depressing figure comes as a result of the edited social media fronts we see every day showing off ‘perfect’ celebrities, kids are growing up thinking that is real life.

All this is not breaking news, but the photos showing the effect of photo editing on magazine covers show celebrities made thinner, what if you are already very thin, so much so that people then commented on that too?

I grew up always being active and confident, performing on stage frequently. I always knew I was thin but that never bothered me because I knew I ate well and was doing everything right with my exercise and diet.

It wasn’t until a photo of me emerged at the age of around 14 that I really lost my confidence. I saw what people meant when I constantly got called “Skinny Minnie”. Next to my friends, I looked ill. Even today, 5 years on, I still hate that photo.

Looking back, there was nothing wrong with me, I just had a really high metabolism, and although my mum and dance teacher told me that, I still never wore skirts because of it.

My experience of ‘body shaming’ was in the form of an audience member asking if I was anorexic, and people telling me to my face I needed to “get a McDonalds down me”. I felt insecure, but knew it wouldn’t always be this way, I would fill out eventually, but I’m an impatient person so chose to do something about it.

Surprisingly, I started going to the gym, not to lose weight, but to build up muscle. People questioned why I was doing more exercise, telling me it wouldn’t work and that eating more would solve the problem, but ignoring them was the best thing I did. 5 years later and I’ll happily go out in a skirt because I’m confident with how I look.

Caitlin, a school friend, went through something similar. However, she struggled to eat enough due to stress in other parts of her life and dropped down to 5.5 stone. Instagram posts would receive comments from girls wanting that body, but she can see now how unhealthy it was.

Similarly to me, she built herself up by exercising and with that came healthy eating. Now at 7.5 stone she is happy and confidently pursuing a career in modelling.

Calling someone “too skinny” is equally as hurtful as calling someone “fat”, so why people feel more comfortable saying that to someone is beyond me!

Body image is a worryingly huge part of our lives today, but we can’t ignore the people that struggle with being seen as “underweight”, because that is body shaming too. In all cases, whether being shamed for being too thin or fat, I can guarantee the confidence of that person will be equally as low.