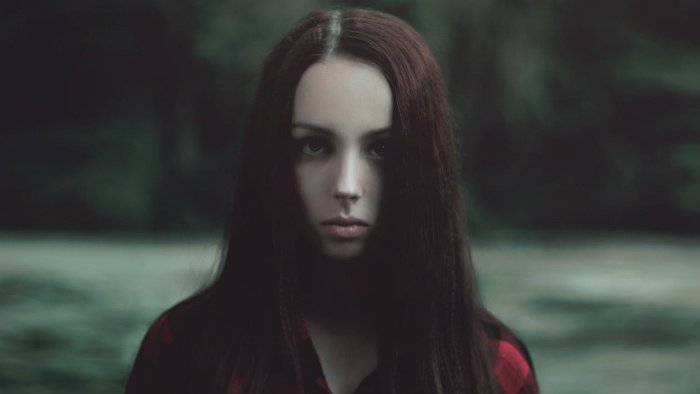 Emotional pain probably outweighs poverty as a source of misery. The psychological and social costs are astronomical and they are reflected, to some extent, by the annual spend of hundreds of billions of dollars targeted at medications and therapies.

Despite these costs illnesses like anxiety and depression remain a source of stigma and therefore isolation.

Mental health in the shadows

Some media outlets are addressing the issue in a more sympathetic fashion, yet the tendency towards sensationalising mental illness still very much exists. And it can be paradoxical.

I’ve witnessed patients gossiping over the news that some celebrity has been struck down. The tone is not always sympathetic despite the fact they suffer the same conditions. A them-and-us mentality fans the flames, as does the lack of kindness we might show to one another.

People with mental health issues often tend to live in the shadows. Unlike some patients they are likely to be assertive in making demands for better services and better personal treatment. These issues often fall on the shoulders of charity or volunteer groups who act as the mouthpiece for mental health, but in a world of loud voices they often struggle to be heard.

In their book Beating Stress, Anxiety and Depression, Plant and Stephenson (2008) provide a lively description that typifies the experience of many people with mental health issues.

Imagine, they say, going to see your doctor because of a severe pain in your abdomen. They listen, prescribe you pills, and you leave. But the pills don’t work, so you return and they increase the dose.

Yet again, there is no relief, so next time they change the medication. On goes the process as your misery continues, yet not once has a test been carried out in order to determine the cause of your abdominal distress. As the authors say, if this happened to cancer patients there would be outrage, yet for deep emotional pain it is deemed acceptable.

But drugs can’t actually take care of us properly. It suits the major pharmaceutical companies that we believe our distress is due in no small measure to chemical imbalances that they may be able to correct. If we succumb to this message we do ourselves a disservice.

Pills, after all, are just one link in a chain of events. We assume that having been prescribed a pill we have been properly and thoroughly diagnosed, yet the experience of many people is one of suck-it-and see. Trial and error with potent psychoactive drugs seems to be something we tolerate, but in part it reveals the lack of any true science or understanding underpinning the nature of psychological distress.

Perhaps it also says something about our relative indifference or comprehension as to the suffering of others?

Has the desire not to stigmatize mental health problems backfired in unexpected ways? Has it resulted in a situation where treatments are inadequate? Professor Nick Craddock, from Cardiff University Medical School in the UK, became one of 36 signatories to an open letter published in the British Journal of Psychiatry. The basic theme – patients are getting a bad deal.

These days, people with severe emotional problems could end up seeing anyone from a nurse, to a social worker, to a psychologist, but rarely the specialist they need, says Craddock.

“if a [family doctor] suspected a patient of had cancer, he wouldn’t dream of referring him to anybody other than a cancer specialist. A cancer patient might need jollying along, but what he really needs is the correct diagnosis and treatment. That’s what he gets from a specialist.

But patients with mental illness are not automatically referred to psychiatrists. If they only see a social worker, there’s every chance that mental illness or underlying physical illness, will be missed.” Craddock stated.

The open letter said that psychiatry is the only medical speciality that distorts its original purpose. Professor Craddock worries that the only member of the mental health team properly able to diagnose and prescribe treatment is the psychiatrist. He is concerned that too many people from various backgrounds are getting involved in the initial assessment process.

Craddock gives the example of a patient who is prescribed ‘psychosocial support’ rather than medical treatment. What could easily happen is that six months later we see a lack of improvement simply because what the person really needed is the correct medication.

“Psychiatrists may not be the best people to deliver treatments, but they are the best to make assessments,” Craddock says.

Another concern expressed is that seemingly obvious emotional symptoms may actually mask a physical cause. In such cases the patient may be put at risk from not receiving treatment that would correct the physical imbalance and, as a consequence, resolve the psychological state. Thyroid conditions or even cancer of the brain are two such examples.

Broader concerns revolve around the whole issue of mental illness and how we respond to it. At the most fundamental level there is concern in the UK that the term “patients” is being overtaken by the term “service user”, despite the fact that most people prefer the term patient. “Mental health centers” now provide treatment whereas before it was “clinics”.

The avoidance of medicalisation is argued to send out the wrong message. People with severe mental health issues need to know that they are ill and that there is treatment. The message, it is argued, is as important for patients to note as it is for the team of caregivers involved in mental health.

Perhaps we need to take heed of the basic message and decide what’s really in our best interests. We’ve reached a point where the concerns about an over-medicalised response to mental health issues has tipped too far the other way. In part this is happening because psychiatry is perceived as limited in its response.

The toolkit for psychiatry still isn’t terribly sophisticated, but it shouldn’t provide an excuse for people to step in and offer alternative perspectives, simply because they are alternative. I would argue that psychiatry needs a bigger boost in terms of integrating neuroscience and broader research into its practice.

I feel more positive about mental health issues because the toll is finally been seen in terms of its financial impact. Monetary costs always make the people in power sit up and take notice, so maybe there’s a ray of sunshine about to poke through the clouds.