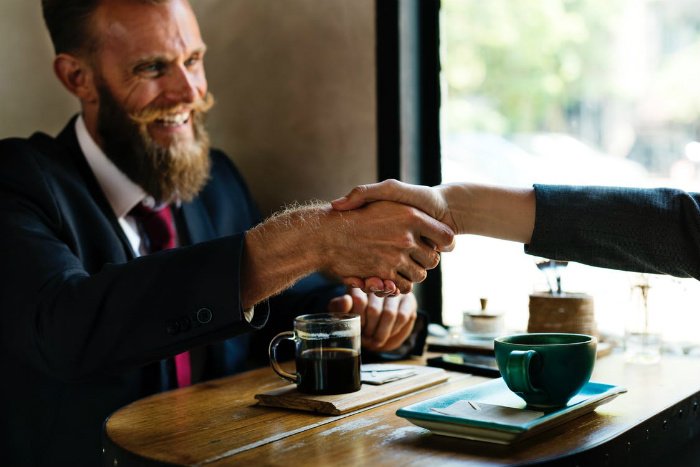 What about when you’re meeting potential friends for the first time? Keeping in mind that just about anybody, from a new neighbour to the lady behind at the check-out in the supermarket can be a potential friend, first impressions are equally as important when you’re just out and about, going about your daily life.

When we first meet a new person our subconscious mind automatically starts processing a variety of signals from which we draw our initial conclusions. No doubt you’ve met people and immediately felt uncomfortable with them. If asked, you perhaps struggled to find the reasons why they didn’t tick your boxes but you do know there was just something you couldn’t quite put your finger on. The same goes with those we immediately feel comfortable with.

Of course you’ve no doubt come across people who made either a good or poor first impressions only to then change your mind about them later. First impressions can be a gateway to further interactions but they aren’t necessarily accurate.

It’s important to remember that we’ve only between seven and seventeen seconds of interaction before the other person forms an opinion of us. Over time they may re-evaluate their initial stance but it actually takes quite an effort to entirely eradicate the first impressions they had about you. When it comes to first impressions, second chances simply don’t exist.

How to make a positive first impression

One thing you may notice about well liked celebs is the way they turn discomfort into comfort. It’s a simple but clever tip which endears us to them. They actually turn the spotlight away from themselves onto the other person. They use simple comments like, “I love your dress”, or “have you traveled a long way?” shifts the emphasis towards the other person. Most people like to feel they’re the centre of attention and when making a good first impression, giving them the starring role is paramount to success.

Just think of the times you’ve met somebody who talked about him or herself non-stop. How did you feel? Did you want to spend more time with her or did you avoid her like the plague? No need to answer that.

Whether or not the other person will make equally as a good a first impression on you will also depend on how they react to your giving them this central role. If they take it and keep running, they’ll no doubt become boring – the ‘conversation baton’ should be handed back and forth, giving each part an equal opportunity to speak about themselves.

Listening is undervalued and under-rated. It’s no use giving the other person the spotlight if you’re not going to listen to what they are actually saying. Don’t interrupt but do make the right sounds and motions to show that you’re focused.

Small questions like “so what happened next?” or “and did you enjoy it?” are acceptable to lead the conversation forward but whatever you do, don’t say “funnily enough, I had a similar situation where…” and take the baton away by launching into your own story. By all means let the person know you understand them through your own similar experience as this will give her a good opportunity to hand the central role back to you but let them choose the moment for the handover.

To be a good listener it’s also important to maintain eye contact. Nobody enjoys talking to somebody who’s constantly looking around them as though waiting for somebody more interesting to come along. Give them your full attention.

Humour is a sensitive issue. There are different levels of humor and some comments or observations seem universally accepted and amusing. So it’s fine if you know how to use humor but when making first impressions it’s probably best avoided unless you’re absolutely certain you won’t stray into personal territory.

Obviously you don’t want to appear starchy and the odd quip is usually acceptable. Making backhand remarks about specific social groups and situations to somebody you don’t know may well backfire. Regardless of how innocent the joke was, if you hurt the other person’s sensitivities you might just as well walk right away as any future relationship will be either out of the question or very strained indeed.

Nobody wants to be friends with an argumentative person, do they? With that in mind, make sure the other person doesn’t wrongly judge you by biting your tongue even if they say something that’s totally against your own beliefs or that you know to be wrong. Even the very best of friends sometimes bite their tongues over issues they know will cause confrontation. However it’s possible to be assertive without being confrontational

Some people find confrontations difficult to handle regardless of how long they’ve known a person – for those who’ve just met another person, it can and probably will be damning to any potential relationship that may have developed.

Shy people have a tendency to mumble when they speak, as though what they have to say is unimportant and doesn’t need to be heard.

If you’re talking to another person, for whatever reason, then obviously you have something to say that should be heard, even if it’s just “what’s the price of a loaf of bread?” or “I’m sorry, I’m late and must dash.”

You won’t make a good first impression if the other person can’t understand you. Remember those seven to seventeen seconds? How many of them do you think you’ll have used just by having to repeat what you said? Mumbling is simply a waste of precious first impression time.

Others will also form opinions of you based on the way you speak. Within those first crucial seconds they will have judged your level of intelligence, your cultural background, your level of education and more. Just think how you differently you’d judge a person who said “What? I didn’t hear you” to a person who said “I’m sorry, I didn’t quite catch what you said.” Which of the two you’d feel most comfortable with is irrelevant, the example is simply to identify the way we make our judgements.

Using the above rules should help you feel more confident in social situations where you interact with new people. By developing these skills you’ll soon find that making friends will become easier and that you’ll at least be on “passing the time of day” terms with far more people than you ever were before.