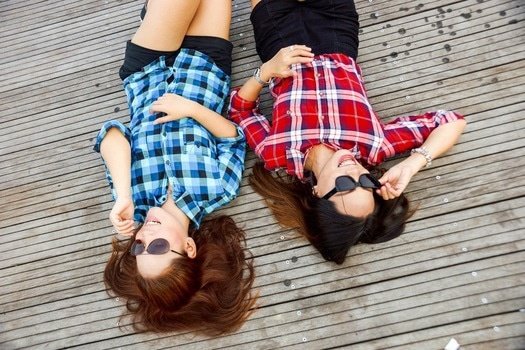 There are lots of sayings about friends and friendships but one I like is, the road to friend’s house is never long. To me it conveys an important sentiment, which is the making of friends is actually a lot easier and closer to hand than some people might think.

Isolation isn’t easy yet a lot of socially anxious people find great difficulty in gathering the confidence to make friends. It’s not that they are difficult people or that they wouldn’t welcome one or more friends so much as there are any number of convenient excuses not to bother. Then when it comes to thinking about inviting someone around or finding the time to talk, there’s always ‘that other issue’ that crops up and they really must deal with.

Those who move around a lot, perhaps because of their job, tend to fall in to one of two groups. There are the people who remain comparatively isolated because they see no point in striking up a relationship and there are those who initiate friendships quickly -precisely because if they don’t it may never happen. This second group of people have a huge social advantage simply because they are prepared to reach out. And guess what, people respond and become their friends.

Socially anxious people are probably the least likely to reach out to others. In part it’s because they lack confidence but a bigger element is their concern over rejection. Yet, we are social animals. We are tuned in to the idea of socialising with others and more often than not we are flattered that others are making the effort to want to get to know us. A big concern with the socially anxious is that other people will have well established networks of friends and the circle will be closed to newcomers. This is rarely the case and in fact many people either have no friends in particular or perhaps have just one or two; so there’s always room.

Making friends is a bit of a fishing exercise where going out with a rod and line in the hope of catching one will pay fewer dividends than using a net. Some people you meet may end up as little more than passing acquaintances, others may tune into specific activities, and if you’re lucky you may find a real bond with someone. Part of the trick is not to try too hard only to be disappointed with the outcome. Friendships happen at different levels and different depths. Sometimes they’re superficial and end quickly, sometimes not. So don’t be put off simply because the person you’ve met drifts away – it’s just what happens sometimes.

How to start? Well waiting for potential friends to come to you may not work. So one idea is to consider an activity or hobby you enjoy and then sign up with a related club or society. The benefit is that you instantly have something in common with other members. So, whether it’s art, knitting, books, gardening, mechanics or some academic evening class, there’s a good chance you’ll find a local society near by.