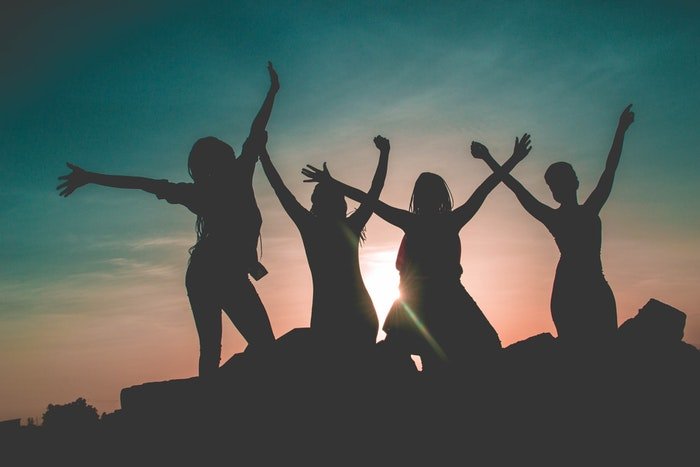 Read that one more time. As a woman, can you relate to this statement? As a man, can you see some validity to it?

My best friend sent that quote to a group of our closest female friends and the reaction was unanimously applicable to each of us. I could not get this statement out of my head for a few days after reading it, and it wasn’t the fire of unrighteous inequality that kept it at the forefront of my thoughts. It was the guilt that I feel for the part that I have played in the defamation of the female gender by contributing ideas that are very similar to this one.

I can think back to the countless times that I have said, ‘I don’t like spending time with other women because I don’t like how emotional they are’. No, I didn’t want to be associated with the womankind because I didn’t believe that my male friends would view me as an equal if I didn’t try to separate myself from being a woman.

And I thought that I could be ‘above’ being female, and that to gain respect I would have to be. The full weight of that makes me feel sick to my stomach. My heart is heavy for women and girls who are out there feeling that way about themselves! Possibly without even realizing that they do.

I wish that someone wiser had told me then, that I was adding to a problem that I would be so passionate about changing in my adult years. Beating myself up about my mistakes is obviously not going to change the past, but I do want to recognize that I was wrong. I have to admit that there were times that I added to my own hurtles, and that outside forces are not the only thing that women are fighting against in the march towards equality. Not only that, but I have also added to the negative stereotypes that men are burdened by as well.

I want this to be a reminder to myself to show some grace to those who are contributing to sexist cultures in my life today. There might be a time that they look back and realize the damage they have caused. They might not. Regardless, it is not in my power to change someone. The only thing within my control is how I treat others, and the type of environment that I cultivate for myself and for those in my life.

My attention to this subject surely will not change the way that all women feel about themselves. That lack of influence makes writing on the topic seem so futile, but I really hope that it is not. I pray that one woman will be encouraged to be a little more confident of her ability be whoever she wants to be. That she will not say she is a certain way because she is female, or in spite of being female. I then hope that she can share that encouragement with one more woman, and that a small thread of change begins to grow.

Come at it with Kindness

I also want to spread some forgiveness during this time of forward movement. It is so easy to point fingers and angrily place blame for injustices and discrimination. Let’s remember that we are all coming from different backgrounds and perspectives, and none of us are perfect. Changing the way that someone views the world is much more successful when approached with kindness. As my mother always says:

[bctt tweet=”You can catch more flies with honey than you can with vinegar.” username=”JerryKennard”]

We do not have to separate ourselves from the characteristics of femininity to be worth another person’s attention. We also can continue to fight for that freedom and call out wrongful biases (even within our own minds) while simultaneously treating those on both sides with respect.

Be here now: a guide to happiness
Using mindfulness to promote your health and wellness
The toxic types who hold us back