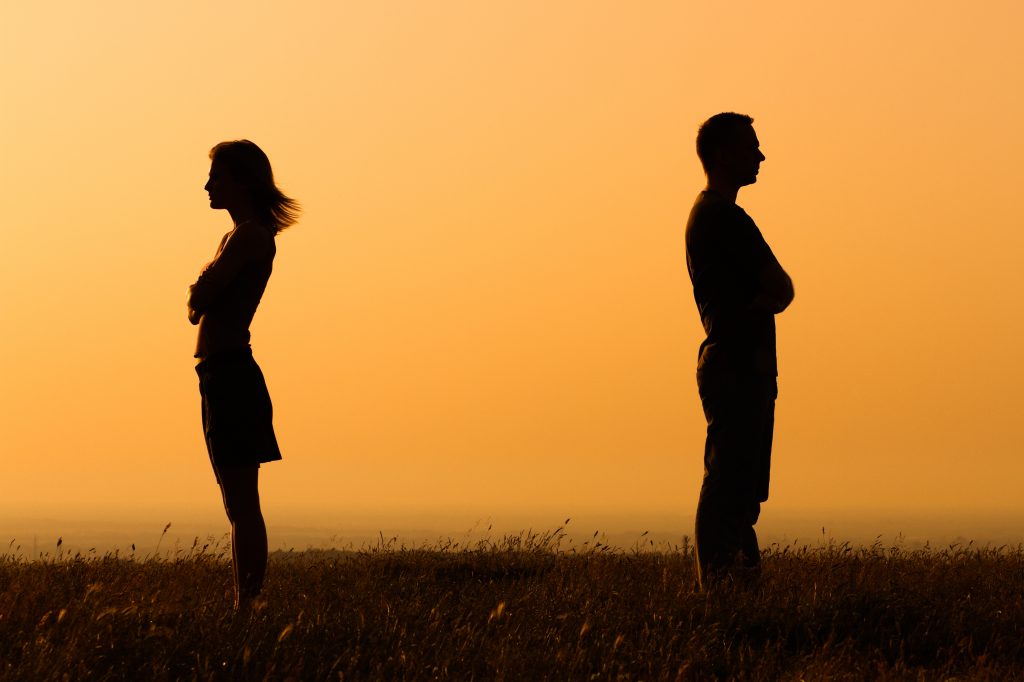 Hi everyone. This is about a break up, but more importantly it’s about how I got passed it. My story won’t be like yours but maybe some parts of it will seem familiar and some parts may help a little.

Breaking up is confusing

I wasted a little over three years, breaking up, getting back together. My ex broke up with me every time and every time it was me who allowed him back. That is apart the this last time, because although I was slow on the uptake I finally realized it could never ever work and my life was being screwed up.

A few months ago my ex broke up with me again. Why he chose to doesn’t really matter, he always found a reason and it was always my fault. As before I felt crushed and I really believed it was me that was the cause of all the problems in our relationship.

But our break ups always confused me. It was like he was taking some kind of relationship vacation where every day he would phone or text in order to keep in contact and to see how I was doing. He was always nice and friendly and even though my heart was breaking I’d be the same.

Some days we’d talk over the phone like we were the best of friends, both of us never confronting the real issues. I’d learned before that if I said something he’d go really defensive and sometimes just cut the call off.

Waking up to manipulation

Last time I decided he was manipulating me. It felt more abusive that the cross words. I don’t hate my ex, but the pain he caused me was just too much to take. I learned that he was setting the rules and that talking and talking just prolonged the pain. And so when he sent a text or phoned me up I simply ignored it.

Oh, I was tempted to answer, especially those nights when I felt all alone. But my rule was simple. If he wanted to talk he knew where to find me. Communication shouldn’t take place by text it should be face-to-face.

The calls went on like this for a week. At first I would read the texts. Why aren’t you answering? What’s the matter?

Then I let them go.

By the end of the week the calls stopped and so did the texts. I felt panicked and I could feel my resolve starting to slip. It was then I turned to an old friend I hadn’t spoken to for a while.

My life had become so locked down that I’d almost forgotten things existed outside of it. Mary was fantastic. It was like we’d only just met the day before. She came over and I cried and let out all the frustration and hurt that I’d built up over years.

I guess everyone will have their own stories about how they got passed a broken heart. In my case it took time but I can tell you that sitting alone and thinking is the worst way of dealing with it.

My friend helped me by encouraging me to join an exercise class. It was the last thing I wanted to do, but she was persistent and eventually I went along. I was so pleased she made me, because I met new people. Then, I started to feel better about myself. I finally got to sleep without crying. And I even lost a few pounds but I felt better in myself.

Moving forwards is a grind

I won’t pretend everything is perfect. It’s been months since I last heard from him. I do miss his company. When things were good they were really good, and yes, I miss the sex. I have good and bad days but the good days outstrip the bad and so I can’t help but think things are on the up.

I made a vow not to stalk on Facebook and I broke it twice early on and both times I hurt myself. Not since though. I’ve learned to respect myself more than I did.

Getting passed a break up is worse when you’re the victim of it. It even crossed my mind to get back with him for just long enough for me to break it off. That way I would call the shots and I would be in control. I haven’t of course because I know this is some kind of weird revenge fantasy.

Relationships sometimes hurt, I know that, but I also know they can work. I’m not closed to the idea of finding someone new who actually cares about me for a change.

I hope you find my story worth publishing. If it helps just one person it will be worth it.

A woman’s guide to personal growth: or, how to embrace your inner warrior
Be more daring, there’s nothing to lose
Managing big stress