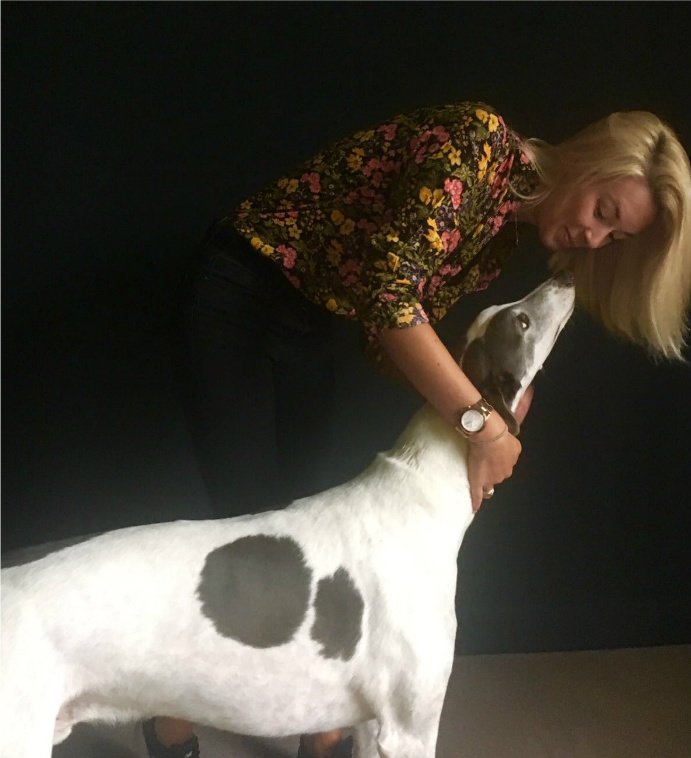 On December 8th we said goodbye to our greyhound. His stroke came out of the blue and within three hours the vet had put him to sleep, leaving us in a state of shock. Our home simultaneously becomes empty, yet full of great memories.

During his racing days, he was called Redbrick Bullet. He wasn’t very fast, and after just four races the best he managed was fourth place and so was retired early. We adopted him and named him Fynn. He took to his name quickly and just as quickly found his way into our hearts. Five years later and on the morning he died, Fynn was very playful. He had a couple of runs in the garden before coming inside to play ‘balance the underwear’ on his nose.

A quick internet search and it’s easy to find lots of sad tales about the loss of a pet. Of course, dogs have evolved very successfully to live with humans. They are intuitive, they give nothing but love, and they never judge. Hardly surprising then that we take to them so easily. As to the loss of a dog, well the poet Rudyard Kipling sums things up very nicely:

When the body that lived at your single will,
With it’s whimper of welcome, is stilled (how still!).
When the spirit that answered your every mood
Is gone—wherever it goes—for good,
You will discover how much you care,
And will give your heart to a dog to tear.

And, as I write this, I do in fact feel heart damage. It will take a while to get over Fynn, but already I’m grateful for the time we spent together. Like all dogs, he provided a kind of structure to the day that you could set your watch to. Sometimes it felt regimented and tedious but mostly I didn’t mind him making me take him for a walk, or a run, or a brush. We exercised and entertained each other daily. That silent, elegant, bouncy walk was at odds with the thunderous clatter he made going up and down the stairs. I’ll miss them both.

The Thing About Greyhounds

Greyhounds can appear aloof but to their family, they are warm and friendly. As with all breeds of dogs, there are general rules of behaviour and exceptions. We were told they make useless guard dogs because they rarely if ever bark. We quickly discovered this wasn’t the case with ours. The bark that comes from a big-chested animal is impressive and Fynn used his on top volume whenever people came to the door.

If you’ve ever wondered about adopting a greyhound I’d say go for it. Fynn was our first ever dog and two of us are in our sixties! They are not normally aggressive, but as with all animals, it helps to know their history.

They need very little exercise. A 20-minute walk and preferably a place to run off some energy is good for younger dogs. Greyhounds also sleep a huge amount – up to 18 hours a day – so you’re likely to get a good night’s sleep.

Greyhounds are relatively fit and healthy. They have a lifespan of around 7 – 16 years. If there is a weakness it’s teeth. So-called greyhound teeth refers to a genetic issue that results in lots of scale build-up. Our adopted greyhound had some that needed to come out.

And here’s the rub. Despite advances in anaesthetics, not all greyhounds respond well. Ours had his stroke just a few days after having his teeth done. He was seven years old.  Whilst we can’t prove cause and effect it seems very likely he reacted badly to the treatment. Nobody is to blame, it’s just how it is sometimes.

Sad days will pass but we live in the knowledge that we gave our dog a happy home and we shared countless positive experiences.