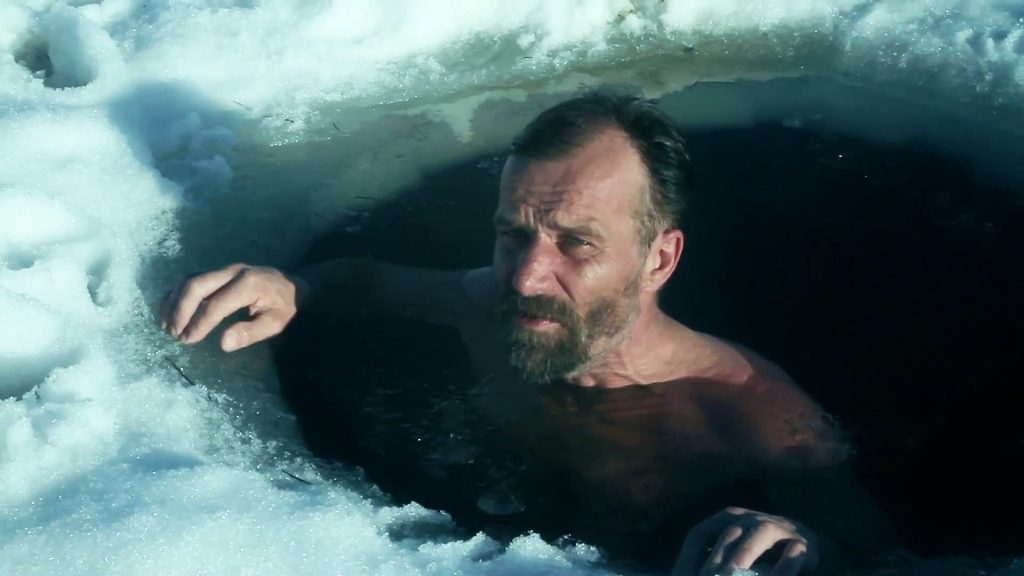 Hoff is most famous for his ability to spend long periods of time immersed in deadly cold temperatures without any dramatic change in his core body temperature.

He holds 26 world records. He climbed Mt. Everest and Mt. Kilimanjaro in just his shorts.

He ran a full marathon above the Arctic Circle, again in only shorts and sandals, in -20 degree celsius temps.

No frostbite, no hypothermia.

He’s the real thing. He is the embodiment of the notion that perhaps we fool ourselves into being weaker than we actually are. Media calls him superhuman, but in truth he is simply an example of the true expansiveness and physiological potential of a human being.

“What I am capable of,” said Wim. “Everybody can learn.”

It starts with the fact that he doesn’t have a negative bone in his body.

In a Vice News documentary, Hof said this of the cold:

“You could say I think of cold as a noble force. It’s just helping me. It’s training me. It’s bringing me back to the inner nature the way it was meant to be. And there’s a way I do not only endure the cold, I love the cold. ”

See what he Did There?

He took the notion of cold – something that most people associate with dreariness and discomfort – and turned it into something positive. Turned the whole thing on its head, right at the get-go. [bctt tweet=”One can only gain mastery over an element once the fear of it dissolves.” username=”JerryKennard”]. And Hof takes it one step further, welcoming it as a guide and friend.

The next step in his mind-body mastery is a particular method of breathing exercises. Hof demonstrated the technique in an interview with Joe Rogan – I found breathing along with the video to be a cool way to try it at home and get a feel for the method. Feeling is understanding, in Wim Hof’s words.