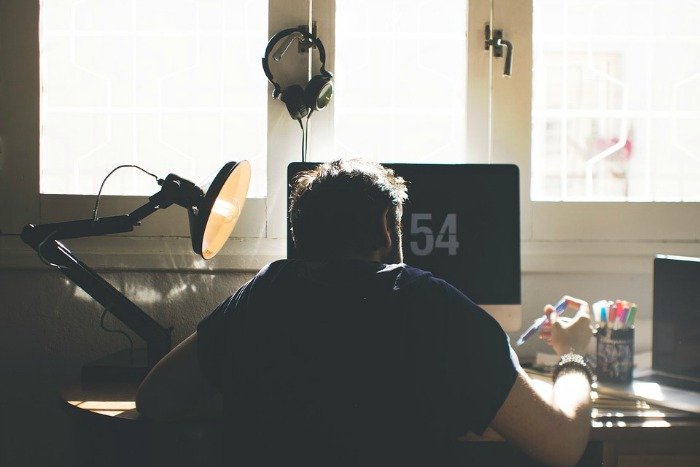 Man caves are special. I’m writing this from my man cave. To the outsider it probably looks like a study as it contains my pc, a printer and books. But there’s also a decanter, an old Imperial typewriter on the floor, some pewter, a model car (the sporty one I’ll never afford) and various other bits that say ‘this space is mine.’

Part of the house, but not

I chose the color of the paint and the design and style of furniture. This makes it different to every other room in the house: it’s part of the house, yet separate from it. But why? (Incidentally, the image above isn’t me, it’s simply convenient as I haven’t taken one).

There’s been quite a lot written about the merits or otherwise of the man cave. I decided to Google ‘man cave’ and got over 42 million returns. I’m not sure what that tells me beyond that it seems to be a popular topic.

Digging a little deeper there is a consensus that the man cave is a kind of retreat. It’s a place where men can slob out, free from the constraints of women who’d require them to keep the place tidy. So here’s an image of crushed beer cans, old cigar butts, a three-week old pork pie and CDs thrown around the place.

Actually, I associate this kind of behavior with some younger males who are probably likely to do this whether or not they have a designated ‘cave’. Actually, the men I know treat their space with the utmost regard.

They are neat, clean and organized, in such a way as to facilitate their hobbies and interests. Their cave is an expression of self: maybe an artistic installation – or perhaps that’s my imagination running away with me?

There are various theories as to why men like their caves. Actually, theories might be too grand a term, so I’ll settle on opinions. Psychologist Michelle Goodman refers to the “mantuary” where men can escape to their stressful lives for a period of time.

Others feel men are experiencing an identity crisis so their cave becomes a way of stamping their presence and retaining their individuality. I’m less certain about this one because as far as I know men have always acquired space for themselves or with other males and this is a fairly global phenomenon.

It is however true that in Western cultures many men tend to fill these spaces with stereotypical male objects that would otherwise be frowned on in the rest of the house.

Of course men have other ways of seeking out man-only time. They may spend hours in a bar, or ages in the garage ‘fixing’ things. They may be at the track, the gym or the office. And while all male clubs are pretty much a thing of the past, males will get together in other ways (this isn’t to say women don’t have their own networks).

So, what’s wrong with any of this? I think there’s a couple of ways of looking at it. In a normal healthy adult I would argue it’s perfectly fine and quite probably beneficial for anyone (male or female) to seek out space and time for themselves.

Whether this is a room, a garden, a chair with a good book, or sitting next to a pond with a fishing rod, the basic principles are the same. But it’s all about give and take. So if that behavior is so extensive that it starts to affect relationships then maybe things have gone too far – but again it depends on the circumstances.

In writing about male depression, Archibald D. Hart worries that some men use caves to escape responsibility. Quite rightly he makes the point that for depressed men this form of withdrawal can ‘reinforce the dynamics of the depression.’ Unfortunately professor Hart makes the claim that “most men” retreat to their caves through anger or as a way to punish their spouse.

I’m not sure where the evidence is that supports such a claim but I do note that his own cave (which he says he loves) is “comforting, warm, and dry, and a good place to brood and ruminate over my anger.”

Can’t say I feel the same but I don’t want to nit-pick over the words, or the way he uses his cave, because I generally agree with the sprit of what else is written. That is, withdrawing and ruminating when depressed is bad news.

Caves are indeed soothing, which is partly why men have them, so what’s wrong with that? I say, create your man cave and enjoy, but don’t use it in order to forget other people, or you might as well just pull a bag over your head!