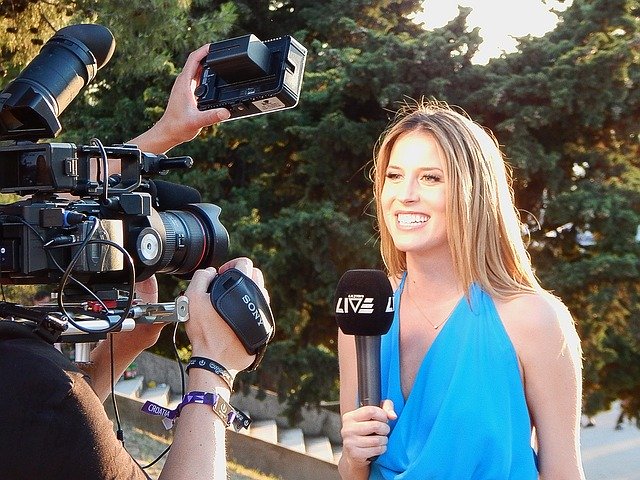 I cannot stress enough how important work experience is. Whatever field you want to go into – science, the arts, business – having hands-on experience is essential to make you stand out from the crowd.

The reality is that having a degree doesn’t give you the edge anymore because too many people have them. It is an expensive tick-box qualification nowadays, but in the majority of cases, you do still need one to allow you to get to the top of whatever field you’re in.

I know someone that worked their way up a business but was then told that in order to progress further, a degree was needed because the people below him in the company were becoming more qualified (on paper at least). I know this is ridiculous, but that isn’t the focus of this piece.

All the extra things on your CV are what make you different from the other people you’re up against, so that is just as important, if not more so than the actual qualifications you have.

Work experience and internships are all ways you can get the practical experience of working in the industry you are working towards. I did an English degree, with the plan to go into journalism.

As I knew what I wanted to go into, I used the summers of my time at university (as well as a bit of time during A levels) to get experience in both fields of journalism – print and broadcasting.

Now I’m not going to go into detail about every place I went to (although if you do want to know, please get in touch), but I will explain how I got there, and how the general experience was.

For reference, I went to a total of four print businesses (newspapers and magazines), and two news television sites. I also went to a press office and volunteered at a charity to sort out their social media.

How I got the placements

Reaching out and trying my luck, that’s how I got the placements. Whether that was a phone call or an email, I explained what I was doing and my plans for the future and asked if I could come for a week or two to get some experience. You have to sell yourself, but as long as you show enthusiasm, that is the main thing.

One television placement included an interview, as they received a lot of applicants from the nearby uni, but again – show enthusiasm and hope for the best. You have nothing to lose, just a lot of gain.

What I was doing

For the print placements, I would shadow journalists, and write my own stories, as well as admin ranging from proofreading to making cups of tea!

There was also a lot of planning. I had access to the inbox, so ringing people and arranging interviews was a big part of the job when you weren’t out and about. Being able to do this shows confidence and good use of initiative.

One place allowed me to shadow a journalist on door-to-door interviews on an attack in the area. This was definitely something I had never experienced before, and I felt out of my depth, but that really showed me the reality of journalism and trying to get people to talk to you (with varying degrees of success).

I also got to spend a day in court with a reporter. He would take down shorthand notes of the cases, which seemed like complete gobbledygook to me at the time.

For the broadcasting placements, I was allowed to go out on my own with the camera equipment, filming interviews and shooting packages for the programme that night. This really threw me in at the deep end because I wasn’t used to camera work, but you really do learn on the job in this field.

They trusted me to go and interview people, then return and edit the piece ready to go on air that night. Filming and editing were two skills that really flourished during my placements.

I always had the aim of doing Camp America in my first summer of uni, then an internship in the second one. An advert came up for a marketing internship in copywriting and I never really thought I’d have a chance. I wasn’t even 100% sure what a copywriter was at the time, I just figured that having more writing experience was always going to be a good thing. There was a written application and an interview, and I got it!

The role wasn’t just writing for the website though, I was working on a large-scale digital PR project, as well as getting involved with other ad-hoc marketing duties such as creating a marketing hand-out for exhibitions and conferences.

I was in charge of creating databases to work out what questions people were asking on Google around the topics DeltaNet dealt with as a company. From these databases I then went on to write the articles – they were kind of like an extended FAQs section to the website.

These pieces explained things that could be quite dry and confusing (like cybersecurity) and I had to turn it into approachable, easy-to-understand articles for people to read.

I may not be aiming for a career in marketing, but the skills I gained from my two summers with DeltaNet enriched my CV massively, as well as getting my work read by thousands of people.

What I’ve learnt from all this

Fitting in all these placements has massively helped me in securing my first proper journalism job.

One thing that was focused on in my interviews was the number of placements I had done, and they were really impressed by that. No focus was given to my degree, or even my journalism qualification really, they just wanted to know about work experience.

Since meeting one of my bosses, she actually said that when it came to the interviews, some people were more qualified than me by having a masters, but it was my work experience that swung it.

Carrying out placements allows you to have things to talk about. Interviews are a chance for you to tell stories of where you’ve shown skills that they want in an applicant. If you don’t have any experience, you don’t have any stories!

Reach out to businesses, volunteer, whatever you can to get experience. You never know, a placement could turn into a job eventually. I know someone that did a couple of days of work experience every week. He was doing this alongside part-time work and studying, but it allowed him to get his foot in the door, and now he is nearly at the top of that company ladder and he’s only in his twenties!

Qualifications will only get you so far, but old-fashioned work ethic is what gets you job offers.