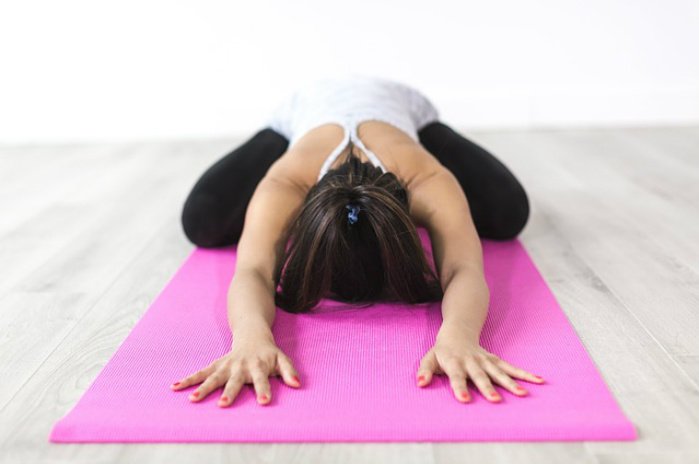 Children need yoga – really? We look at children and we think they are so lucky. What we see is the carefree play. It’s easy to dismiss their seemingly small problems, which for them, can feel so very big.

By contrast, many adults are increasingly aware of the importance of mindfulness. We seek balm for the mind and, for just a few moments, we reject demands, deadlines and expectations, and focus only on ourselves. It takes some serious dedication to enter a Pilates lesson and not mentally write your shopping list while you breathe in and out… or maybe that’s just me. But if it’s good for adults, why not for kids?

Did you know that Nordic countries choose not to send a child to school until they are ready? It’s a simple, intuitively sensible idea, that I wholeheartedly support. In the UK, children’s mental health is being moved to the forefront of NHS discussions. How do we teach our children about mental health? How do we help them build self-esteem? As teachers we can all do our part. For example, I put a particular emphasis on outdoor learning within my teaching methods, and now yoga.

I’ve just given my class of five and six year olds another short lesson in Yoga. They loved it. I loved it. But why?

Helping children to manage their emotions and openly discuss their feelings is a large part of Primary School education. As I watched my (very lively) class quietly descend into a chomping caterpillar, I realised how much empowerment this snippet of time provided. They could have giggled at one another. They could have refused to do it. But they didn’t. The children were keen to settle and be provided with a different type of class structure. One that allowed for time and clear minds.

How Else is Yoga Being Used?

I’ve begun to get to grips with the research informing yoga and childhood. One thing that strikes me is the fact that yoga can be shared, but is non-competitive. Children do not have to deal with the anxiety of preparing or being watched by others. In turn they do not have to cope with the expectations or consequences that come with winning or losing. In my view that’s a plus.

I work in one of many schools that have chosen to develop yoga skills with children and encourage its use at specific points in the day. Yoga allows children to refocus, stretch their limbs, and regulate themselves physically and emotionally. There is also a connection between the practice of yoga and increased levels of concentration. This is something I can’t yet quantify, but which I believe is happening.

In their book, Yoga for Children with Autism Spectrum Disorder, Dion and Stacey Betts outline a variety of gentle and fun yoga positions. Their poses are designed to be “less intimidating and not as physically demanding”. Their focus is on the use of breathing techniques and approachable moves that can be used practically and regularly.

Yet other therapeutic applications enable emotions such as crying, screaming and/or shouting to be released and then controlled. This engagement with emotions is in contrast with ways that adults typically attempt to distract children when they cry, rather than helping them to understand and control these feelings.

More recently, yoga classes have been shared on social media as a method to support women physically and mentally abused in Rwanda. They describe how the use of time allows for the social education of women, enabling them to share experiences and take time from demanding lives. It also helps to harrowing experiences often resulting in symptoms of Post-Traumatic Stress Disorder (PTSD).

The age old mental and physical discipline of yoga is also being promoted as a way both to support babies and enable bonding with both fathers and mothers. Some of the practises of so-called ‘baby dynamics’ are controversial. They include the use of swinging etc and manipulation of the baby’s limbs. Something, I personally, would not be happy to advocate. However, we are in the 21st Century and the world is FINALLY catching up with the notion that many fathers want to be just as involved in their child’s wellbeing and development, so anything that safely helps the process along is a good thing. Yoga can support skin to skin bonding and simply provide a dedicated time and space in which a baby and parent can just ‘be’.

The ability to give children the focused time that comes with yoga and to encourage good health and mental stability is such an incredible thing. Every parent who has ever switched on the TV or an iPad for five minutes’ distraction might care to reflect on the alternatives. Yoga is right there at your finger tips. It isn’t hard to learn and can readily be adapted for children.