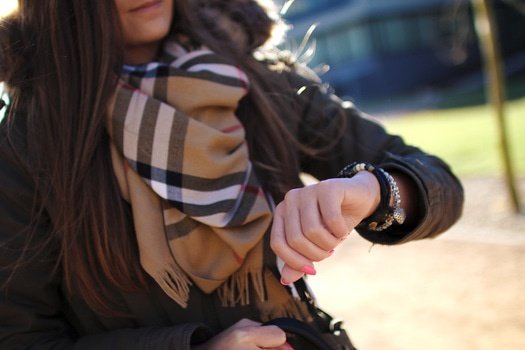 Time. Our lives are dominated by increments of the stuff. How often do we concern ourselves about not having enough, or of being late, of wasting or making best use of it? We talk about people who live in the past, or live only for today, or who squander their future because of past misdeeds or mistakes.

In the movie About a Boy the actor Hugh Grant plays the part of Will. His bachelor lifestyle is measured in units of time, which he clarifies as:

“Taking a bath: one unit, web-based research: two units, exercising: three units, having my hair carefully disheveled: four units. It’s amazing how the day fills up, and I often wonder, to be absolutely honest, if I’d ever have time for a job; how do people cram them in?”

With our focus on time it’s perhaps a little surprising that we’ve never really considered it as a central feature of therapy. Sure, it has always been there as a component, but until relatively recently hasn’t been the anchor point.

Before we get to the therapy it’s useful to briefly consider the influence our perspective on time may relate to our well-being. According to psychologist Dr. Phil Zimbardo the time perspective most conducive to well-being is ‘past positive’. Here the person derives comfort and happiness from traditions and likes to look back over life and reminiscing, often about family matters. This contrasts with a ‘past negative’ perspective in which time is spent looking back with regret and ruminating on things that could or should have been done differently.

Other people, Zimbardo says, are clearly more ‘present positive’ in their time perspective. They live for the day and tend not to be overly concerned about the future consequences of decisions made today. This contrasts with a ‘present negative’ perspective in which each day is viewed a burden and something that is outside of personal control.

The fifth time perspective Zimbardo refers to is ‘future’. Those with a perspective on the future tend to be the most successful because they are able to delay gratification and plan to attain goals that will eventually pay dividends.

Despite the apparent merits of more the more positive time perspectives, Zimbardo argues that living principally within a particular time perspective has its own problems. For example, a future time perspective may be all about working hard in order to enjoy an early retirement and cashing in those hard-earned savings, only then to find the shares in which these savings are tied collapse, or illness takes over and hopes for the future diminish. The more negative perspectives are perhaps easier to understand why issues such as depression or post-traumatic stress disorder continue to cause distress. The past cannot be left behind and continues to traumatize the person concerned and sap confidence and self-belief in the future.

Zimbardo’s answer to these issues is what he terms a ‘balanced time perspective’. Here the past, present and future work seamlessly and flexibly according to our needs at the time. The aim is to try to look back on the past with a degree positive reflection, to take the best of what is available today and to view the future with hope and potential.

As to the potential for therapy with this method, Rosemary Sword, who co-authors with Zimbardo, provides a helpful blog, Why Reliving Your Trauma Only Goes So Far, to illustrate the perceived limitations of existing approaches to the understanding and treatment of PTSD and the ways in which Time Perspective Therapy contrasts with these.