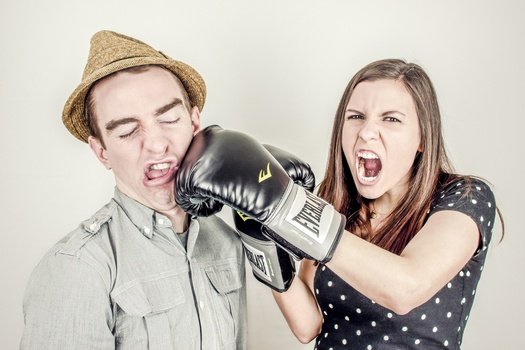 Jumping to negative conclusions represents a bias in the way we think. But, if we can learn to see these features in ourselves it presents an opportunity to turn things around and to establish a more balanced perspective. So, here are a few examples to illustrate the point:

. . . or other circumstances is a prime example of defending ourselves where it may not be necessary nor accurate. It happens when we feel vulnerable and when we want to deflect attention. But blaming can work two ways. We could jump to the conclusion that someone else is at fault as easily as assuming we are being blamed.

All situations have a context so instead of blaming, look for the context; get things into perspective and if you do have a role in the problem try to take it on board with good grace.

Few if any people are blessed with the ability to see into the future. Despite this another example of jumping to conclusions is predicting negative futures in terms of what is going to happen or what people are going to say. A feature of the negative mind-set is that self worth takes a battering but this usually isn’t based on reality. Jumping to the conclusion that others find you an idiot, or too slow, or that you have some other negative quality is what’s going on inside your head – which is likely to be quite different to what is actually happening.

Related to the previous example is the issue of mistaking emotions for facts. The fact that you feel unhappy, unsettled, angry or frustrated should not be confused with reality. We all experience emotional reactions to situations but the fact that you feel guilty or incompetent or bad, doesn’t make it so.

It’s difficult not to take things personally when we feel stressed or depressed but personalizing is yet another example of jumping to conclusions. The danger of negative moods is they become all consuming and those who have them may become self-absorbed. The danger here is that other people’s motives or problems aren’t being taken account of.

The fact that someone seems a little off-hand may not be anything to do with you. They may be under pressure themselves, or have a headache, or they are preoccupied with some task or other concerns.

Pretty well any situation can be interpreted in a number of ways but we can all reduce the times we jump to negative conclusions by stepping back a little and recasting these situations so they embrace more balanced and less negative perspectives.