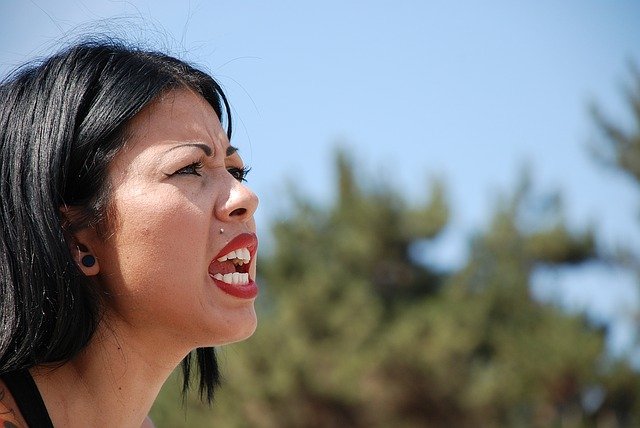 Within a couple of seconds of becoming angry the brain and body are flooded with internal chemical changes. Adrenaline and cortisol course through the blood stream as the system prepares for fight-or-flight. Muscles go tense and logic takes a back seat. Time then for some anger control.

Everyone has experienced anger to a greater or lesser extent but people who frequently get angry are putting themselves, and possibly others, at risk. For each angry moment it can take anywhere between twenty minutes to an hour for the body to return to normal. Prolonged episodes of anger are associated with various health problems including:

The urge to lash out verbally and possibly physically increases with anger. As a result, people get hurt, either from the missile thrown at them, or the insults they endure, or more besides.

Look At Your Anger

The first step in any change is awareness. It’s one thing to know you’re an angry person, that much is self-evident, what is more insightful and a possible precursor to positive change is to dig deeper. So:

The website Anger Management Expert point out that understanding anger is actually fear, frustration, anxiety and/or depression, that is disguised as expressive emotion, means that anger can be accepted as a feeling that requires a coping mechanism and a healthier approach.

Even if you are not frequently an angry person various techniques can be helpful in diluting your fury and replacing negative with positive thinking.

Stop arguing. When you continue to argue your hearing effectively shuts down. The only person you are listening to is yourself and this simply feeds the anger cycle.

Stop hurting others. Some deeply distressing and painful things can be said during anger, things the angry person would often feel deeply if they were said to them. Apologising is good, but it only means something if it’s truthful. The person may accept an apology, but they forget what you did or said and neither will they trust you.

Stop yourself. It’s very rare for a person not to recognise signs in themselves that they are getting angry. A simple phrase like, “I’m too upset to talk right now” may be enough for you to prevent yourself boiling over. The old favourite ‘count to ten’ has a lot going for it, as does simply walking away.

Stop ruminating. Try to avoid overthinking as this points to the fact you’re trying to control issues. mulling over situations that frustrated you previously. Your inability to let go is one of the reasons your level of tension remains high. This means you’re stretched so tight that there’s no capacity to ‘give’ when the next frustrating situation arises.

Stop the cycle. As mentioned previously, anger is actually fear, frustration, anxiety and/or depression, that is disguised as expressive emotion. Look inside yourself to uncover the mechanisms fuelling your anger. If you’re struggling to unravel the issue(s) consider getting some professional help.