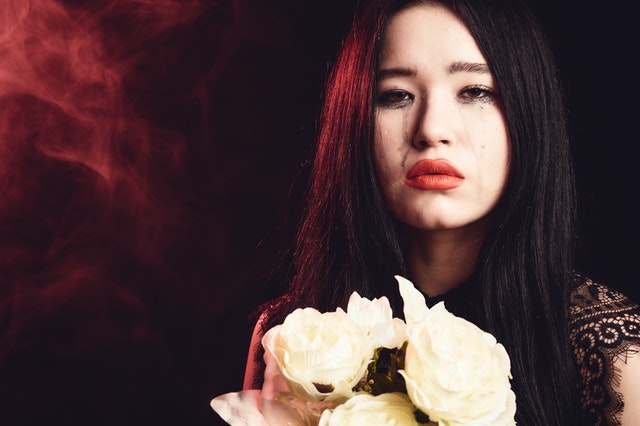 Letting guilt go is easier said than done. Guilt is a powerful negative emotion that can, in some cases, linger for a lifetime. But, not uncommonly, guilt is disproportionate to the mistake or error that caused the problem in the first place.

It’s possible to think of guilt in two ways. First, there is guilt about the issues that we cannot fix, and by contrast, there’s guilt about things we can fix. The ‘can’t fix’ variety might, for example, be harsh words spoken to someone who is now dead or is uncontactable. In such a case the best we can do is consider it a lesson and one that hopefully we can avoid repeating.

If you are lucky enough to have problems that you can fix by reaching out to someone or righting a previous wrong, then go ahead and do so. It might be awkward to talk to a friend you haven’t spoken to in a while or bring up the past, but you need to do it to give both of you closure.

Make amends rather than just wallowing in the guilt. Even if your attempt to fix the problem or resolve these feelings goes poorly, you can at least say you tried and attempt to end the guilt that way. But what if you can’t fix the problem? What if the event that caused the guilt had already passed?

Remove The Bias Of Hindsight

You need to be able to remove that ‘should’ and say, ‘I wish.’ Say “I wish I’d known that the risk would have failed, but I didn’t know and I couldn’t have known. That’s the truth.”

Think About The Intent of The Guilt

Sometimes we feel guilty over an accident. Maybe we dropped something slippery and someone fell and hurt themselves, or maybe we completed a task, and then that task turned out to have a bad outcome. People cry over spilt milk more times than we think, but we need to consider the intent behind the action we feel guilty of.

Did we mean to cause the person to fall? Or the task to come out poorly? No, those were circumstances beyond our control. That’s not to say we shouldn’t feel bad about the outcome, but that we shouldn’t feel the long-lasting effects of guilt on our minds.

Now, if we had done those accidents with the intention of someone getting hurt or sabotaging the project, then we should feel guilty. Our actions directly led to that negative outcome.

Letting guilt go requires an element of self-compassion. Self-compassion is something that you need more of in order to properly handle guilt, and the more that you can put guilt in its place by forgiving yourself and moving on, the less it will start to affect you. You can’t change the past, and while in some cases you can make amends for the guilt, other times you simply need to let it go because the guilt isn’t doing anything for you.

5 ways to get rid of guilt