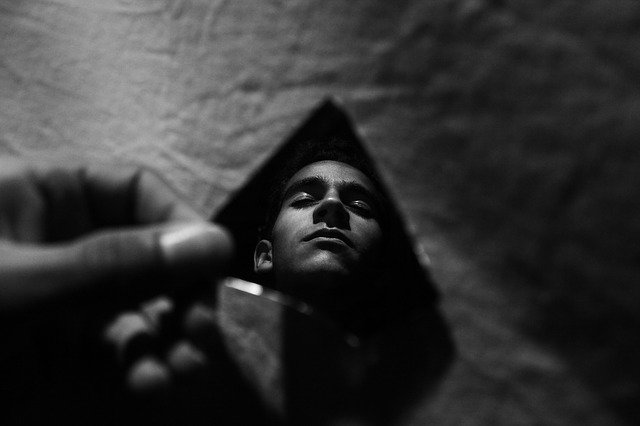 Impostor syndrome is the belief that you are not deserving of an accomplishment, compliment, or role/position. Often, people experiencing impostor syndrome feel fraudulent, as if they do not measure up.

Impostor syndrome is a term coined in the late ’70s by psychologists Dr. Clance and Dr. Imes. The term describes a feeling experienced among high achievers when they cannot recognize their success and fear being exposed as a fake. There is an internalized fear that others will find out their success or status is unearned at any moment, and they will be exposed.

Psychologist June Shapiro, Ph.D., notes that impostor syndrome is thought to be a close relative of GAD (generalized anxiety disorder).

The medical definition of a syndrome is a collection of associated signs and symptoms. So, while there is only one impostor syndrome, it can present itself in a variety of manners. Impostor syndrome typically presents itself in five major ways:

The Expert: This is an individual who judges their worth based upon how much knowledge they possess. There is a continual need to prove their value by highlighting how much information they know. Despite their intellect, there is an internal struggle to feel as though they are not smart enough, which makes them afraid others will expose them as unknowledgeable.

The Perfectionist: This is a person who feels the need to do everything perfectly. When we cannot accomplish this, feelings of failure permeate and severely damage self-confidence. An inability to achieve perfection in any given task creates overwhelming feelings of self-doubt that can then hinder their ability/desire to do anything at all.

The Natural Genius: The natural genius ascertains their worth based upon how easily something comes to them. When they can easily accomplish a task or remember a piece of information, it boosts their idea of self-worth. However, if they need to work to achieve/master any task, it leads to feelings of shame and self-doubt.

The Soloist: This is a person who feels the need to do everything by themselves. When they are in a position where they need to ask others for help, it leads to incompetency feelings.

The Superhero: The superhero feels fraudulent, in their relationships or at work (or both), and makes every effort to work extremely hard to hide this perceived inadequacy. This tends to lead to a person overworking themselves and creating extreme stress levels because of their fear of not measuring up, which weighs heavily on their mental health.

Am I Suffering from Impostor Syndrome?

With imposter syndrome there comes an expectation to accomplish a given task without any flaws or mistakes. If this standard cannot be met, the person considers themself a failure, which further feeds their need for perfection.

Overworking is a common pattern of impostor syndrome. Typically, a person described as an overachiever tends to invest massive amounts of energy and effort into their work, long past the point where it would be deemed beyond acceptable by the average person. The individual often notices this pattern of behavior, but still, there is an inability to stop it.

Inability to Accept Praise: Individuals who struggle with impostor syndrome find it difficult to internalize their success and thus deem any praise invalid. Opposite of false modesty, it’s a genuine belief that they are not worthy or deserving of the credit being given.

How To Overcome Impostor Syndrome

As you’ll have gathered, the syndrome is linked to low self-confidence, self-doubt, and feelings of intellectual fraud, and increased levels of stress and anxiety. While it can be hard to uproot the mindset that contributes to impostor syndrome, you can take some actions to help you overcome it.

Self-talk can be described as the story we tell ourselves about ourselves. It is the thoughts and phrases we think or say that reinforce positive or negative things about us. Positive self-talk is that which demonstrates self-compassion and understanding for who we are and what we have experienced.

Thus, we can make our internal narrative a positive one that encourages us, uplifts us, and reinforces our intellect and abilities. For some, this comes naturally, but for most people, we must build this skill intentionally with practice and effort.

Using positive affirmations to change the internal dialogue from one that is negative and discouraging to one that is uplifting and encouraging can help uproot the thinking that contributes to impostor syndrome.

A growth mindset believes that we can grow in our capabilities, intelligence, and talents over time. A growth mindset works against impostor syndrome because even if there is a belief that one is not “enough” in a particular moment, a growth mindset speaks to the idea that one can increase and become “enough” at any given time.

Thus, one is not stuck to their present level of knowledge or skill but can increase in knowledge and skill with effort. This mindset can lead to enhanced confidence and success levels because individuals with this mindset are geared more towards self-improvement. People with a growth mindset are more resilient when faced with challenges and failures.

Rather than proof of their incompetency, these failures become viewed as opportunities for growth.

Comparing yourself to others can cause impostor syndrome to grow in its severity. When we look around and see other people’s success, it can wrongfully reinforce the idea that other people have worked hard for and are worthy of their success, while we are not.

Using other people as a measuring board for our success, accomplishments, or intellect is not healthy. It can increase self-doubt and low self-esteem that allows impostor syndrome to fester.