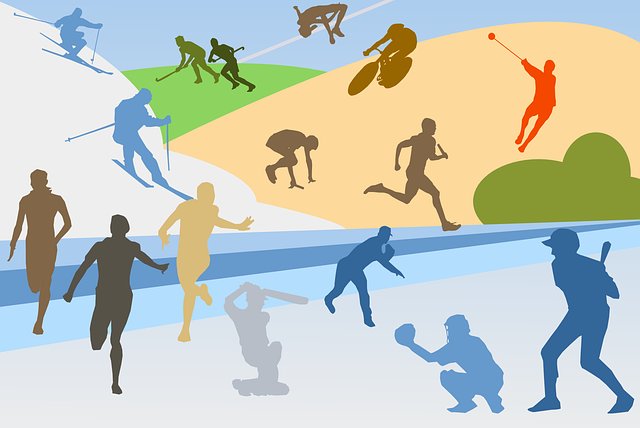 Sports aren’t necessarily for everybody. But every now and then there can still be something magical about them. It doesn’t always show through in the average contest between two given teams in any given sport.

In this kind of environment, there’s not always a particular air of significance, and vitriol between opposing fan bases can make it difficult for a neutral fan to fully enjoy things. However, when we look beyond these basic everyday sporting occasions, there are still some events that can really bring you to life.

These are a few you might consider attending one day if this idea intrigues you.

Wimbledon is an annual tennis tournament in London, and is considered by most to be the most prestigious tennis event in the world.

The tournament has developed an iconic image consisting of flawless green tennis lawns, cheerful fan pavilions, café-like concession areas where people order strawberries-and-cream treats, and, most of all, crowds of delighted spectators.

It’s said that one of the ways in which being a sports fan can legitimately make you a happier and healthier person is by providing you with a community. Typically this is meant to describe what it feels like to root for a team or player alongside others.

But at Wimbledon, you can enjoy this sense of community without ever having to commit to a team or player. There’s just an infectious joy that pervades the whole event, and everyone there is ultimately just looking to have a great time – even if some might have their preferences among players. It’s truly a magical occasion.

What really stands out about the Olympics is actually that it’s specifically unlike any other sporting event. Everything about it is unique every four years: the collections of athletes, the teams fielded by each country, and most of all the venues presented by the host city.

In a way it’s more like a massive, modern, multicultural festival of sports than a single competition or anything typical. Frankly it’s hard not to be inspired by the Olympics even from afar, watching on television.

But attending can be an incredibly enriching experience, and you’ll probably even learn a few things, whether they be the ins and outs of a more obscure sport you don’t usually follow or details about a culture you’re not familiar with.

The world’s biggest horse races are all special occasions, but few can match England’s Royal Ascot for history and prestige. It’s been held at Ascot Racecourse since 1768, which really makes it one of the longest-running sporting events on Earth, and that sense of history is palpable on the grounds.

The Royal Ascot is a little bit formal compared to most sporting events, but there’s still something incredibly invigorating about it all. From dressing up in high-end horse racing fashion, to sipping champagne or enjoying delicious food in the seating areas, to watching some of the most magnificent animals in the world, it’s all remarkable.

The U.S. Open is actually another tennis tournament, and it’s on the same level as Wimbledon in terms of what it means within the sport. Both are among the four “Grand Slam” tournaments that really serve as the major prizes and milestones within each season.

What the U.S. Open lacks in terms of the historical prestige of Wimbledon, however, it makes up for with pure fun. This is the largest tournament in the world, and takes place at a beautiful facility in Queens, New York. The tennis itself is a blast, but it’s the grounds – packed with shops, interesting concessions, lounge areas, and more – that really make the whole place, and everyone there, feel alive.

The Masters is an annual golf tournament in the United States, and possesses a Wimbledon-like quality in more ways than one. For one thing, it’s one of golf’s four “Majors,” which are akin to the tennis Grand Slam tournaments mentioned above. For another, it’s known almost as much for its history and the beauty of its grounds as for its actual significance to the sport in any given year.

The Masters almost carries a literal liveliness to it given that it takes place in Georgia at the beginning of spring, when the weather is warming, trees are turning green, and flowers are blooming. On top of all this, it also tends to invite very friendly crowds, and often inspires miraculous performances from the best golfers in the world.

Just recently, when legendary golfer Tiger Woods had a comeback win at this event, ESPN described it as having made the Earth shake. That statement had a lot to do with Woods, but also spoke to how impactful golf at The Masters can be.