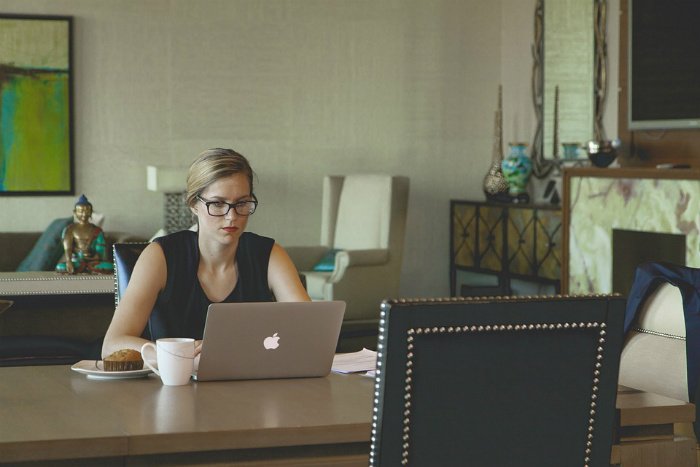 If I ask you to write a list of successful people I wonder who would be on it? Chances are they wouldn’t be the gold medal winners or the actor who made one movie then disappeared. I suspect they would be more enduring; the one’s who do well but not at a great cost to themselves. And I can almost guarantee your name wouldn’t be on the list.

What’s important here is how you define success. Is it unsuccessful to have a great relationship, hold down a job, and remain fit and healthy? Of course not, but your list is about people who tend to stand out. They probably have one or more of the following: power, influence, wealth or all three. So if your definition of success revolves around this type of person and this is who you’d like to emulate, you’d best take a look at the characteristics and behaviors they have in common.

They work long and hard. They get up early, they rarely complain, they look for and expect good performance from others, but they excel in their own performance. This is a form of dedication and focus to personal goals that is second to none. It’s based on the simple assumption that success is a form of reward that only comes around after the hours, months and sometimes years are put in.

They are often self-contained, self-reliant and pragmatic. Successful people don’t worry about blame and they don’t waste time complaining. They make decisions and move on. They are also very patient and don’t necessarily expect to get results quickly. When things do show promise they don’t relax and they don’t assume that things will go from strength to strength. They are realists and with this comes the knowledge that other people are probably snapping at their heels or looking to do better.

They are eager to learn. They study, ask questions, research, travel and they don’t let up. Success at school isn’t necessarily an indicator of success at work. Plenty of very successful scholars end up in regular jobs, and this is fine, because they’ll probably make good salaries and have decent promotion prospects. One of the differences with high flyers is that they take advantage of what they learn often in unexpected ways. They may be bored at school but in the right environment they use the basic information about how to study and they apply it in innovative and important ways.

They network. Oh and how they network! They get to know lots of people and they know lots of different kinds of people. They process what they hear and importantly they pick up on the things that aren’t said. They know how to take advice and how to sift out what’s useful and what isn’t. Some highly successful people cultivate a kind of celebrity status, but this isn’t typical. More commonly they are reserved, cautious, friendly but confident in their own abilities and how to apply them. Despite this they know the importance of keeping an ear to the ground. Networking is vital to find out what’s happening around them but in order for that to work they sometimes have to give as well as take.

They work on themselves, their personality, their leadership skills, management skills, and every other detail of life. When a relationship or business deal goes sour, they assume they can learn from it and they expect to do better next time. Successful people don’t tolerate flaws; they fix them.

They are creative. They see new combinations, new possibilities, new opportunities and challenges where others see problems or limitations. They test things out, consult experts and amateurs, always looking for a better, faster, cheaper solution. Even in times of high stress, highly successful people keep their balance, they know the value of timing, humour, and patience. They don’t panic or make rash decisions. If things go sour their resilience kicks in. They have the ability to bounce back from situations that others would find soul destroying.

They compete. It’s hard to find a successful person who doesn’t have ambition and isn’t determined to make their product or service the very best there is. Because of this they also hate losing. It’s one thing being behind the big hitters during the catch up phase but another thing entirely if, having reached the top, they discover someone else is doing it better. Having said that they will never allow themselves to be defined by failures. Things that go wrong are learning experiences. The boxes are ticked about what must never happen again and they move on.

They don’t get too comfortable. Oh they can and do enjoy themselves but the point of being highly successful is they never become complacent. Stretching themselves to the points where they step outside of their personal comfort zone is all part of the deal.

None of these characteristics are superhuman, they are simply applied, developed and tested human attributes. Your definition of success may include some but not all of these and we’re not saying what’s right or wrong. If your definition of success is being able to survive outdoors and living off the land then so be it. The qualities outlined above fit better into a world of business and commerce, but many can be applied in different contexts.

how to think big and succeed