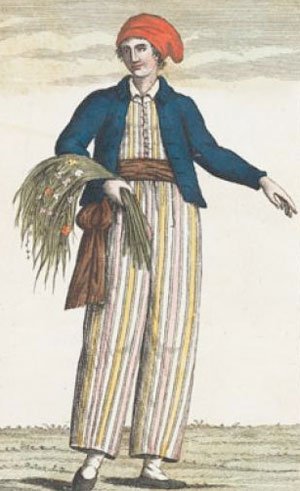 When it comes to inspiring female adventurers then there quite a number. If you thought that it was only men that could achieve some stunning things, then think again, although trousers and gender do come into the mix somewhat! Here then, is just a taster of the women who make us sit back and marvel at their accomplishments.

Ms Baret lived in the latter half of the 18th century and she is widely regarded as being the first woman to circumnavigate the globe. However, if you think this was impressive then you will be even more impressed when you discover that she had to do it dressed as a man for her own safety. Furthermore, she also joined the French Navy disguised as a man and became known as Jean Baret.

Annie was best known for being one of the top mountaineers of her generation at a time when this was a pursuit that was dominated by men. She is known as a trailblazer within this field although the biggest outrage caused by her was due to her not wearing a skirt when climbing. Failing to wear a skirt was seen as being very unladylike.

Mary Kingsley managed to completely change the view of what women were supposed to be like in Victorian Britain. By the time she was 30 she was travelling extensive in West Africa, all on her own, creating her very own expeditions in the process. Indeed, not only was she the first woman to enter areas such as Gabon but she was actually the first European. She also became a writer and collected freshwater fish for the British Museum.

You may be aware of the Jules Verne tale ‘Around the World in 80 Days’ but Nellie Bly did it in 72 days in 1889 and into 1890. Nobody had been able to travel through the world in such a short period of time at this stage and she did it was pretty much just the clothes that she had on her back. Her aim had been to beat the 80 days from the book, even though it was a work of fiction, and not only did she beat it, but she smashed it.

Bessie Coleman is a real inspiration as she was not only one of the first female pilots, but she was one of the first black female pilots in the process. She was banned from learning to fly in the US, so she taught herself French and moved to France to learn to fly. She then returned back to the US in order to show off her skills. She is an adventurer as she did not allow little things like being black or a woman to get in the way of achieving her end goal of becoming a pilot.

Dame Ellen MacArthur is a modern day female adventurer who is best known for her international sailing exploits. She is on record for the fastest solo circumnavigation, as well as other long distance sailing expeditions where she not only sailed over the toughest waters in the world, but did so on her own. She is also quite a small woman and yet displays amazing strength and an ability to overcome adversity that has been inspirational to so many.

So, there we have it, just a handful of the brightest and best. At the end of the day they all achieved something that was out of the ordinary and against the odds. On that point alone they stand out as inspiring.